F is for Fabio

I wrote this post toward the beginning of my blogging career.  To date, this is the post that gets the most hits and the audience is from all over the world.  Why?  Because people are searching for the image of Fabio with a tiger.  While the below article is the same one from my post, I chose to use a different picture because it made me smile. 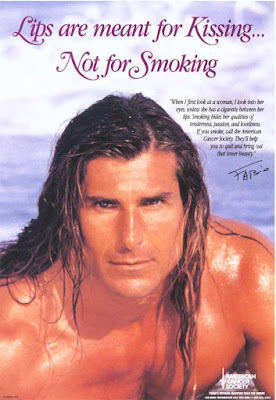 Okay, so what's my point? Fabio's message about loving yourself before others can love you is one of those universal truths that women, in an era of self-deprecating jokes and size two models, forget. My stories have running theme of self-love -- not that type that makes you blind, but the type that offers healing, self respect, and and optimistic future view. So, on that note, thank you Fabio.

Lips are for kissing

Hahaha I loved this post. ^_^ Still, that message was true.

We must first love ourselves before can really allow others to love us.

I am still giggling. Thanks for bringing Fabio back into the light.

This was an awesome post, Erin! I loved this story. F is for Fabio, indeed!