N is for NO FREAKIN' WAY! 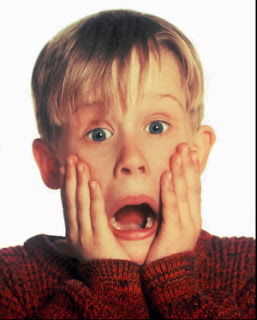 I have had a few shocks of late.  Well, not shocks exactly, but moments where everything seemed upside down.

1. A dear friend of my husband's and father-in-law's passed away.  I was not able to go to the funeral because of other obligations, but I wish I could have.  Death is just really a trip, isn't it?  Everything is so transitory, nothing matters very much. But death, death is for ever.  It's hard to get my brain wrapped around it.

2. I found out a former student (who I admired and thought of as having a bright future) is a daddy at the age of 16.  This in itself is not unusual, nor am I passing judgment (honestly), but it does freak me out just a little.  I hope that he takes his responsibility seriously, but doesn't give up on his potential.  This is not the first time this has happened, but it's the first time that it has really surprised me.

3. I was not a finalist in the Golden Heart in spite of the fact Courtly Scandals is a great book (if I do say so myself.  Hey, confidence is a good thing). When I sent in my submission, it was with the understanding that it needed work and at least I'd get an idea of my demographic's response.  Even so, I held out hope, which was foolish.  BTW, congrats to the finalists. I do wish them luck.  AND, on the plus side, I don't have to figure out how to afford the conference (even though I'd love to go).


That's about it for now (right now it is 4/1/11 and I have 3 moments listed.  If anything further is added, it will be posted after 4/1 and, personally, I am really intrigued as to what they might be.)

Addendum 4/14: Life continues to be bizarre.  Most of it is too close to even talk about yet so I won't.  Nothing great, nothing horrifying terrible, just stuff that requires mulling over, processing, categorizing, and ultimately dealing with.  Either that, or things that I will simply file away to deal with another day in the style of Scarlet O'Hara.