My writing style has changed since I finished my first manuscript, Courtly Love, ten years ago. I am less passive and trust myself to break grammar conventions for the sake of the story. I think about pacing and the way sentences read and flow. It's not just about having a solid plot and character arcs, but about how I show the story evolve.

That said, in rewriting Courtly Love, now Courtly Pleasures and an entirely different story, is painful. It has to fit with the following two manuscripts, Courtly Scandals and Courtly Abandon. The problem is that I don't write like that anymore. What I am, in effect, doing is imitating myself.

And it's not easy. In fact, it's coming out a lot like Frankenstein,a whole made out of different parts that don't quite fit. My critique partner said I should scrap it and start an entirely new book with the same characters and let it grow but if I do that it won't fit with the next two.

I have called this book my white whale but I intend to conquer it. I just wish I could write with the excitement and energy of watching a story unfold. My carrot on a stick is that I will be able to finish Gillian and Liam's story in Call of Echoes as soon as I'm done with this beast. 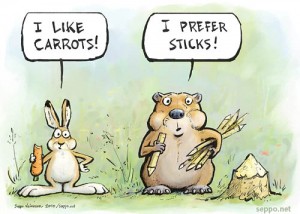 Right now American society is exploding. We're doing this to ourselves and blaming everyone but ourselves. As this happens, consider the following:

1. Some of the rhetoric the media has promoted has become ingrained as truth. Before you parrot anything from the media in support of or against, double check what was actually said rather than the media interpretation designed only to create emotional response.

2. By the time the election happened, I didn't know what either candidate actually stood for. It was refreshing to read their plans. Here is Trump's plan for his first 100 days.

4. We are currently still in the Obama administration.

5. Not liking something doesn't make it false. Truth is not predicated on whether we like it or not. Don't assume. Research. This goes back to point one.

6. Using the violent protesting Hillary supporters as representatives all Hillary supporters is not fair. Neither is lumping all Trump supporters together as racist rednecks (or basket of deplorables). This is EXACTLY the same as saying all Muslims are terrorists.

And that brings me to my main point:
7. Be kind. Ultimately the success of our country, our culture, depends on the actions of each one of us. If we are open to learning and tolerant, if we help when we see the need instead of blaming, we can be a people that are worthy of respect. Don't let fear fuel your decisions. Be proactive, not reactive and be your best self. If we all do this we will create a legacy we're not ashamed to pass to our children.

And since my blog site is technically about writing, one more piece of unasked for advice:
8. Anything you write in anger that seems righteously glorious in the moment, don't post it. Stop. Think. Reconsider. Help be a solution rather than adding fuel to the problem. I say this based on experience with my own knee jerk reactions. We need each other and to celebrate what we have in common instead of using differences to create isolation.

Just for fun, I leave you with something that always makes me smile.