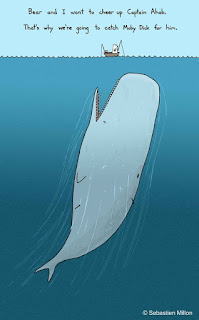 Do you have any projects that you cannot shake?

I do have a few, but I make an effort to go after every single idea I write, so it means I don't really have a big white whale to chase.