Y is for "You Look Marvelous" 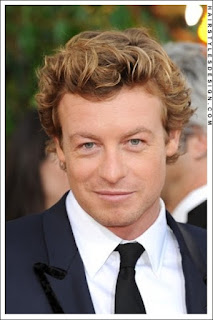 When I create a character's physical appearance I always use an actor/actress as my model.  Lindz over at Rapturous Randomocity is hosting a the Now Starring... Blogfest today.

The Now Starring... Blogfest! Have your cast list ready to share with the Blogiverse by April 25th, 2011. The premise is simple:

1.       Choose 4-6 of your lead characters.
2.       Let us know a little bit about what each of your characters looks like.
3.       Then, pick any actor or actress, they’re all at your disposal. 4.       Finally, apart from their appearance, what about this particular performer makes you think they’ll do your baby justice. What’s that special something that makes them perfect for the part? Their attitude? The way the walk? Their voice? Let us know.

In Courtly Scandals, I cast my main characters as follows:
They all look marvelous, and who would expect less in a romance novel?  In fact, in the first draft of my first book, I had my main character be fairly average in appearance.  This was not well received.  Why?  Because it's about the fantasy.  There's enough real life in our real lives.  So, my cast is full of fabulously beautiful people.


Just for fun, below is a clip from a SNL video and the inspiration for my blog title.

LOL, super video. I love your choices for characters too. Thanks for sharing.

I agree - they all need to be fabulously beautiful.

I love your cast list, especially Simon Baker and Rupert Everett. I can't wait to read the book and see the film!

Yummy--Simon! Great cast list. I love Sally Field in everything she's played in. Very nice. Awesome SNL clip too. That was a bonus.

Oh, what a great cast! Many other casts in this blogfest are introducing me to new characters, which is neat, but harder to picture them - but all of these being well-known, and your short but excellent descriptions, make me definitely want to see this!

Simon Baker? Yes, please! And Rupert Everett as a villain? This sounds like a great cast!
Thanks for playing! Be sure to check either Alexis' or my blog on Wednesday for the announcement of our winners!

Thanks for taking part in my blogfest! I love the idea of Ruperts as a villain, complete win!

Rupert Everett and Julia Roberts? You've got a winner in my book. :) This is so much fun!!!

Very cool! I absolutely adore Rupert, and my muse often chooses to look like Simon Baker... ; )

Great choices for villains and lovers. I am sure you can sneak Antonio Banderas in there some how. Good post.