U is for Unsellable 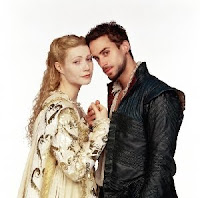 Awhile back, Irene Goodman wrote an article for the RWR about the mistakes authors make that make their book unmarketable.

One of them that I have been guilty of (but I'm better now) was when authors do not clearly pick a genre.  Does the story start off as a romance then jump into fantasy, sci-fi, mystery, and end as a thriller?  I wasn't quite so bad; I merely straddled genres.  Was I chick lit, historical fiction, or historical romance?  The answer was YES!   It was a problem.  That book, my first novel and my baby, will never see the light of day.  It's okay, the grieving has passed and I've moved on (more or less).

It was another one of her caveats that worried me more: writing about an unsellable subject.  She said that the author may love the history of Norway and write a great book, but if there are no readers interested in that subject, the book will not sell.

I write about the Elizabethan era.  After I finished my first book, I had a publisher, a big house, interested for a short time. When I did get the 'no' after revising based on her recomendations, she said that the Elizabethan era was too gritty and translated better into historical fiction than historical romance.  I thought that comment was specific to my first book.  So when I finished my second book, clearly a romance and just a better book all around, I queried her again.  Her immediate response was that the era was not good for romance.  So, that publishing house was saying no to Elizabethan England as a setting. 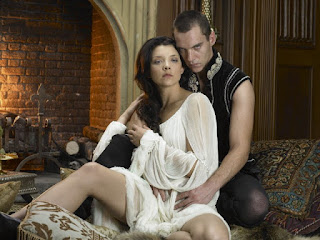 Phillippa Gregory's Tudor books, though historical fiction and not romance, took the world by storm. HBO's "The Tudors" has been a great success and is steamy (in spite of the creative costume choices). Every few years a herd of Elizabethan era films/mini-series come out and are successful.  Joseph Feinnes and Hugh Dancy are super hot, even in poofy-pants and wearing ruffs.  How does the romance reading demographic not like the Elizabethan era?

The Elizabethan time period straddles historical eras.  It does not have the chivalry and armor of medieval or the hygiene and easy access clothing of Regency.  It's the start of the early modern world when social mobility became an option, bathing was introduced as something that wouldn't kill you, cities developed sewage systems, the Church no longer held back science, art and music were thriving....yet there were still princesses, castles, jousting, and belief in magic.  It is an era with so many possibilities, maybe the problem is that the Elizabethan peg is too malleable and fits into too many holes to have a concrete readership.

So, am I writing about an unsellable time period?

I adore Philippa Gregory and that whole era. I don't think you write about an unsellable period, it's probably just not right for that publisher, or just not at this time. I wouldn't have thought it's the wrong era.

The plain truth the publisher (editor) is probably anti Tudor/Elizabethan because she's out of her depth knowledge wise, or personal taste clouding judgement.

Very often US publishers reject specific periods of English history for no other reason than that of perceived periods as more popular than others. Regency seems to be in vogue all over the place at the moment, yet it has never gone out of fashion reader wise! Austenesque Regency, that is.

Often as not, though, many authors slack on research by mention of wrong dress fabrics, wrong carriages/coaches, wrong settings re towns/cities. After all, street plans (Google Earth) do not equate to street plans in Jane Austen's day.

Of course readers may extoll passion for specific era/period, but most will read a century before or century later because they love historicals per se, and either way there's usually a link to favoured time slot, whether due to wars, political events, character heritage (past) and or future generations as seen within sequels/series.

Write a first novel mid Elizabethan era of boy meets girl, write second novel involving their children, write third novel where the grandchildren are teenagers through to adulthood, it's no longer Elizabethan England. Editors need to be able to see the benefits of period leaps for sequels to function as they should. ;)

Don't despair, the right publisher is out there waiting for your novel to land on his/her desk/PC.

Most publishers are stuck in the Regency era because it was based on classical style, propriety, and all the intrigue following the Napoleon wars.
With the Tudors sexing up the scene, though, I am sure there is change in the wind.

Sorry to be a downer, but if you're asking for "truth", I'll give you my version of it. I am an avid romance reader, both historical and contemporary. When choosing historicals, I'm non-discriminating between regency, victorians, and westerns. All of these are great. I avoid medieval romances and Elizabethan. (They DO exist, however. If they didn't exist, I couldn't avoid them!:.) Why do I pass these by? There's no one specific reason, just a group of pre-conceived prejudices I hold: I don't think I'll be able to relate to the people..The women are too subservient..These books often have rape in them that is passed off as passion...I don't like battle scenes or armor...I worry more about the health of the characters, particularly concerning childbirth (I don't read romances to worry about characters!)...They're often not as amusing when it comes to dialogue as others. Now, that said, I really enjoyed your books. I enjoyed them in spite of the fact that I thought I wouldn't because of the era. I was surprised at how much I enjoyed them. If people don't think they'll like the book, they're less likely to buy it, no matter how good it is.
BTW: The only medieval books I've read are time traveling ones, which I enjoyed, but that was because there was at least one character in the book that I could obviously relate too.
Long story short - Most romance readers don't want to work too hard. If they did, they'd be reading Margaret Atwood.

What great comments.
You know I did not mean this to come across as whiny or critical of publishers -- I honestly wanted to know what I was missing.

So long as I'm moved to write Elizabethan, that will be my era. In a way not having obligations to an agent or publisher frees me to write what I want. Then again, if what I'm writing is unpublishable I want to know.

Again, thanks for the feedback.