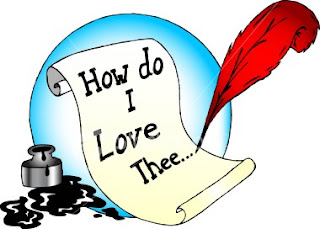 When I started writing Elizabethan dialogue, I tried to make it understandable but still an honest representation. I focused on the thee/thou/thy versus you in regards to informal versus formal address. The pressences of thee/thou/thy also affected the pronunciation of the verbs. Word order was a factor. Use of abbreviations, but not modern abbreviations. I showed class differentiation in patterns of speech and accent. I even looked up some of the regional dialects.

I sent my query, then my first three chapters to an assistant editor at Avon. She wanted to read the rest of the ms, but WITHOUT the dialect. After some low grade cursing about the lost work, I quickly translated all the Elizabethan speak into BBC English. Fair enough. I left in the occasional 'anon' and 'in sooth' for flavor.

I am a fan of Diana Gabaldon's Outlander series. They are rife with dialect. It never distracted from the read and helped to add depth to her environment. Then again, many commercial highland romance novels don't go indepth into the brogue and just throw 'Och, lassie' in a few times for flare. Gabaldon's books are more fiction than romance, so maybe that is a factor -- I don't know. I have also read all of Phillipa Gregory's Tudor era books. No dialect. In fact, the editor from Avon cited Gregory's work in her explanation of why I should cut mine out.

So where does that leave me?

The history teacher and the entertainer in me are constantly engaged in battle. The compromise is to make history entertaining, of course. But in order to do that, I feel like I have to sacrifice some of my credibility. If you read historical romance, don't you want to escape into that era? Wouldn't the language used lend realism? Then again I have read historical fiction set in France and enjoyed them, and they were not written in French.

What are your thoughts on dialect? Does it detract or add to the story?

The wuthering heights quote, as long as it isn't meant to be humerous, is very distracting. My own preference? I'd like some accuracy, but balanced with readability.

Ever hear the joke about the writer and the editor lost in the desert? After wandering lost, near dying of thirst, they found a rich oasis.

The writer drops down and begins drinking greedily, only to hear a disturbing noise. He looks up and sees the editor urinating into the pool. "What are you DOING?!" screamed the writer, to which the editor smugly replied, "Making it better."

LOL! I've never heard that one.

BTW, I did leave in some of the dialect from the servant, but the deal with her was that no one could understand what she was saying. I thought it was funny, but another recent critique noted it as distracting. Ah, well.

Ahahaha great joke. I agree, readability matters more to me though...no one should need a Cliffs Notes for my romance.

Some dialects do distract from the story. Do you want the reader to put your book down because they couldn't understand the words that were written? Better to be simple, I say.

he speaks your language. An awesome Dude. I don't always "get" him, but I really like his style. Maybe you will too.

When I was editing it out, I ended up just doing 'replace all' search with 'thee' to be replaced with 'you,' 'art' with 'are' and such. The biggest problem was that I was so close to it and familiar with the syntax that I did not notice some of the Elizabethan English word orders that slipped through the cracks. I only grumbled for a little bit -- I'm over it now.
And, I have to say, the sexy scenes are better. "Say that you want me" is way better than, "Say that thou doest want(eth is optional here) me."

Raquel, I started thinking about this after reading your blog about using Creole dialect. For her, I think it will work because the lead will be struggling with the foreignness of the not-quite-English of the bayou, so dialect is a plot point.

Stacy, I am finding that the simplest answer is the right one.

Donna, I went to Scott's blog. One of his characters jumps between English and Latin in speech --I don't know if I'm smart enough to read it! Then again, I felt that way the first time I went to Roland's blog. lol