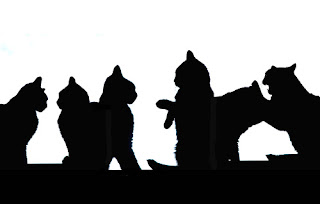 I just found out about this Bickering Blogfest, hosted by Kristen, today. And I've got plenty of bickering scenes. It was actually hard to pick because I have this one character who is just always sooooo nasty (But I love him -- or love writing him).

This excerpt is from my wip, Courtly Christmas. Mary and Nicholas met last night and had an instant connection. This is the second night of Christmas festivities at the palace.

The next stanza of the dance brought the dancers within inches of each other. “I’m glad you wore your hair down. You look like a pagan goddess.” His words were husky and Mary couldn’t help but watch his lips as she spoke. His merry blue eyes seemed to always be smiling, laughing at some secret joke. Something about his eyes made her want to smile with him.

“In that case, you had best worship me.” Mary’s words were no more than a whisper.

Nicholas stepped close in time with song. “I plan to.”

“Is that my dear wife’s little plaything?” A rude voice interrupted Mary’s focus on her increasingly aroused state. “I must say, Mistress, you look much more amenable with lust in your eyes. I suppose I have Sir Nicholas to thank for that.” The Earl of Oxford must have joined in the promenade. He reeked of ale.

“Step away, Ned.” Nicholas voice was thick with warning.

There was no pause in the dance, but Mary could feel the eyes of all the other dancers upon them. Oxford’s partner was a young, very young, lady. Wasn’t she one of the Queen’s Maids of Honor? She watched her fumble through the next few steps. Mary barely managed to make it through the passage herself. The last thing she wanted to do was show any lack of sophistication in front of the court now that Oxford had made sure everyone was watching. Oxford finished the stanza with an unchoreographed capriole before continuing. “Oh, so you want her for yourself? I thought you were above ravishing maidens – too self-righteous to risk getting a bastard on the chit. Well then, have at her. She’ll be well and truly primed by the time she returns to my chambers tonight.”

The musicians continued to play, but Nicholas stopped dancing as Mary turned to face the Earl of Oxford directly. “So you will make yourself a rapist as well as a murderer?”

“Rapist? My dear girl, no Earl could ever be a rapist. What maiden could resist him? And what court would hold him accountable?” Oxford looked suddenly confused then ran a well manicured hand over his face and blinked a few times before settling his gaze assessingly upon Mary. His leering alone made her feel violated. He ignored his partner completely but continued the dance. “Murderer? Do you speak of that underling that threw himself on my sword?”

“Thomas. He did not kill himself – you killed him.”

“I remember you now. You were at Burghley house then, yes? Was he your lover? So you are not a maid, then. Good – I’ve no taste for virgins. Boring.” Oxford seemed to find himself amusing. “I’m certain now more than ever that he did end his own life. Death was a better alternative than being married to you.”
Nicholas stepped closer to Oxford, his expression fierce. “Ned, this will stop now. You are drunk and making an arse of yourself…”
“Am I? No matter. I am the Earl of Oxford, I can do as I like.” Oxford swayed a little as he shifted his gaze between Nicholas and Mary. “She looks very fuckable with the anger in her eyes, does she not? Yes, a lively swive, but not someone you would want to talk with after. Too much a harpy for that. No, Thomas is better off dead.” Oxford added an extra capriole to the choreography just for flourish. “I shall see you in your chambers later, my dear.”

“I would sooner die than let you touch me.” Mary hissed. “No, I am mistaken; I would rather see you dead. If you try to touch me, my aim will be true. I vow it.”

Oxford’s ignored young partner gasped at Mary’s threat and, with a hint of a reverance, ran away from the growing scene. Goodness – Mary had been so shocked and disgusted that she had forgotten they were surrounded by the court. She just hoped driving beat of the music was enough to cover most of what she said. It simply wasn’t done to call an Earl a murderer, even when it was true.

“Tsk-tsk. You frightened my partner away. And she was such a nice piece.” Oxford’s voice was thick with sarcastic disdain. “Mistress, I find the idea of the fight makes me want you even more. Nicholas, I fear I may just have to take her now…” Oxford reached out clumsily to grab at Mary.

Nicholas was faster. One strong hand held Oxford’s forearm in a vice-grip. “You will not touch her.” He met Oxford’s eyes. Mary had never seen anyone cow the Earl of Oxford, but here, before her eyes, she saw the man shrink away in genuine fear. Nicholas released his grip.

Oxford immediately pulled his arm away. “How dare you lay your hands on me? I am an earl…”

“Still hiding behind your title, my lord?” Nicholas’ voice was thick with disgust. “Still not man enough to fight your own battles?”

“I could see you hang, Sir.” Oxford’s voice tapered off into a hiss.

Nicholas merely raised an eyebrow. No clever words. No threats of violence. No fear. Mary could tell that Nicholas honestly was not afraid of whatever Oxford might threaten.

Oxford knew it, too. “Have the wench then.” With that, he spun on his heel and strode from the room.

The noise in the room seemed to increase tenfold. The driving drumbeat pounding against her ears. Shoes tapping in unison. Voices raised in laughter. It was too much. But there was Nicholas, strong and certain, standing in front of her holding both her hands in his. She met his eyes, but could not force a smile for his sake. What had just happened? Had that horror been real? Surely not – and not in front of the court. Mary could not afford to make herself conspicuous.

Nicholas, reading her pain, tucked on hand under his arm and simply said, “Come,” and led her from the room, oblivious to the dancers remaining.

Excellent entry! I could picture the entire scene vividly as I read. Thank you for participating!

That was intense. Those supposedly dignified dances are no more than cow auctions.
And if you visit my entry, you can imagine what happens when the Earl goes too far...
Nice job!

Oh! I read your secret entry, but not this one. Heading on over now...

Very tense, Erin. Great scene. The drumming music, the swirling bodies, and threat of violence all wrapped up in forced frivolity. Excellent!

Tense is right. I was slightly confused as to whether they were actually married already in the beginning, but I assume it was more that he was peeing a circle around her. What a jerk. Good scene.

Oooh, I love a champion!! You did a great job, thanks for sharing!

I'd love to hear what you think of my entry! ;)

Great scene!! I love that you decided to jump in on the fun!!

Your blog is cute!!!

Valerie, lol. He was totally peeing a circle around her. And growling a little.
Thanks for reading everyone.