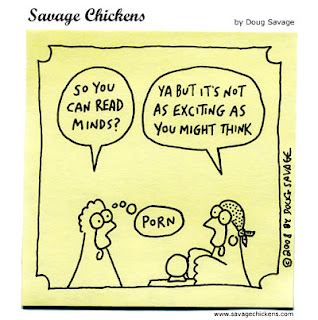 1. If you could have a superpower, what would it be? I would read minds—but I’d be able to control when and where so I wouldn’t hear people’s thoughts shouting all the time. Why? I would chose to be a mind reader because (duh!) I’d be able to know what everyone was thinking.


2. Who is your style icon? Nicole Kidman. Edith Head.
3. What is your favourite quote? Oh you British folk with your extra vowels….
I have a lot of quotes, most them random. I find myself quoting “I’ve got something to say, it’s better to burn out than to fade away! Happy Hallowe’en, ladies.” From The Highlander.
I also use “Don’t get hot and flustered, try a bit of mustard.” And “Smiling makes my face ache.” Both from Rocky Horror.
Remember, I said these were random.
Also I try to figure out various ways to apply this (sometimes the accusations change) quote of Winston Churchill’s. In response to being accused of being drunk he said “Yes, but you are ugly, and tomorrow I will be sober.” 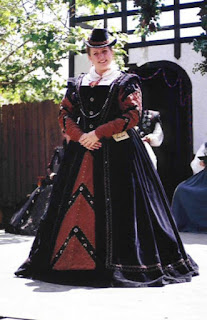 4. What is the best compliment you've ever received? I won first place in the nobility section of the Renaissance Pleasure Faire Southern’s costume contest in 2003. That was a big pat on the back, but not exactly a compliment. I’m sort of awkward with compliments. I have learned to say “thank you” instead of arguing, but I don’t actually accept them often. And when I do, I need clarification to make it make sense, which seems like I’m digging. I have issues.
Someone: "Erin, I like your earrings."
Me: "You do?" *reaches up and checks which earrings they are*
Someone: "Yes, they're pretty."
Me: "You really think so? What is pretty about them?"
Someone *shifts awkwardly*: "Well, they're shiny."
Me: "Yes, they are. Does being shiny equate pretty? I was worried that they were too flashy."
Someone: "Well, I like shiny things. Ummm... I have to go do a thing somewhere now. Bye." *backs out of door*
That is me with compliments. I suck.
5. What playlist/cd is in your ipod/cd player right now? I do not have an ipod. I have David Bowie’s greatest hits in the CD player of the car I drive to work. I have Jewell’s Pieces of Me, Roisin Murphy’s Ruby Blue, Scissor Sisters Ta-Da, ABBA Gold, The Beatles Sergeant Peppers Lonely Hearts Club Band, and Rufus Wainwrite’s Poses in the CD changer in the van. I listen to a CD titled Music from Shakespeare and a Pandora station titled “Enya” (which includes all sort of Irish stuff along with Lorena McKennit, Joanna Newsom, and movies soundtracks like Last of the Mohicans) while I write.
6. Are you a night owl or a morning person? I like my sleep. I don’t care when I get that sleep as long as I get it. Sleeping is one of my favorite things to do. Don’t judge me.
Right now I’m one of the first people awake because my daughter climbed into bed with us at 7am and, when I came back from the bathroom, there was no room for me. So I chose to blog. J
7. Do you prefer dogs or cats? I am totally allergic to cats, but I like that they require no effort. I am not a pet person, but I did very much love Shelby – a black lab mix that my husband got as a tiny tiny puppy when we first started dating. It did take me four or five years to love her. When we moved to a bigger house with a yard, we got her a dog. Shelby has since passed on, but we have Portia, Shelby’s dog. She’s almost nine years old and she’s still a spastic puppy. I take care of her, but it is an obligation and I feel bad about that. I’m glad my four year old loves her.

8. What is the meaning behind your blog name? Courtly Pleasures (then Courtly Love) started out so serious (dealing with depression) that I wanted to show that I had a sense of humor. So my original blog title, suggested by my husband, was “Doing It Elizabethan Style.” That changed to “Bursting Your Corset” which became “Hold On To Your Bloomers.” I actually blogged about the change when it happened and you can see my thought process here.

This was very enlightening and humorous. I've actually experienced the compliment thing with you...I liked your sweater, but couldn't articulate why 'exactly'...you're too funny!

I love you blog title.
rb

Great interview of yourself. This was fun to read. It's nice getting to know you! :D

I've given you an award on my blog site come and get here: http://brenleedrake.blogspot.com

congratulations on your award, i stopped by from Brenda's blog and u go girl I love Abba, Enya and Scissor sisters.

It was a great fun spotlight on yourself. I truly enjoyed getting to know you better. One of the greatest lines in a movie were the last ones in THE PROFESSIONALS :

When it comes to sleep, I am like a little child : when I'm up, I want to stay up all night. But when I am sleeping, I never want to get out of bed. Men! Little boys all their lives, right?

Thanks for dropping in on my blog and leaving such a nice comment. It meant a lot. Roland