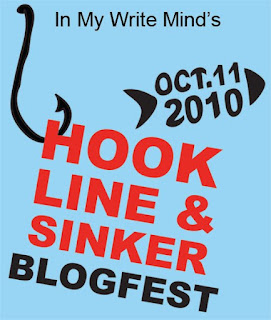 I feel woefully out of the loop in regards to blogfests. The last two in which I participated, I had scheduled almost a month in advance. Since then I have not come across anything new. This morning I decided to go on a spastic blog hunt. I came across this one by Justin W. Parente and promptly put this together, rescheduling all my existing posts for later.


Just to remind you, the theme of the blogfest is such: Please post a 1000 word (a few over is okay) sample of your hook. Preferably, chop it right out from the opening of your manuscript. I'd like to see the range of openings various writers have to grab attention. Can you establish a great character relationship in just those few words? How about showing the world? Whatever your hook is, post it for the fest and we'll do the little jig around it (and give you comments along the way).

The selection below is the first 1051 words from my w.i.p., Courtly Scandals.

It's an elegant start that does a lot to establish the characters, setting, and key relationships quickly.

So historical isn't normally what I read. I have a tough time really jumping into the world, as it were, and knowing characters. But, here, you have me reading without interruption. The characters are speaking to each other of events past and other happenings of Christmastides. I genuinely enjoyed it.

I'm sorry, I don't know quite what else to say because this is the first I've read the genre. Hopefully others can offer more insight.

JWP
In My Write Mind

I love historicals full stop, so this a genre I'm familiar with.

It has a happy opening and the story flows well, and I can feel the love between the two women. At the end, though, I feel "Damn and Blast" a tad modern, and would expect "Devil's teeth" or something similar and in keeping with the era. Shakespeare is a wonderful medium for extracting suitable phrases for all occasions. ;)

I like your beginning. It gets me interested right away. I have no problem with your choice of expletives, though I don't often read historical so I don't know.

I enjoyed meeting Anne and Mary, they seem quite happy to see each other. I get a good sense of the setting. I'm wondering what mischief the two will get into and curious about Anne's reaction to the Earl's entrance. Is she so unhappy that she may have an affair or something? I'm intrigued. :D