I recently had a crisis with my WIP. The romantic conflict was almost resolved and I was only halfway into the book. Did that mean it was only meant to be a short story? Reading through, the characters were very 2-D. The story was only the love story.

I realized I had failed to develop my supporting subplots. When I came up with the premise for Courtly Christmas, the main subplot was the story and the love affair was a part of that, but not the whole. Then I started getting feedback about Courtly Love being too much of a historical fiction and not being romance.

I didn't want to make that mistake twice, so I changed my focus in Courtly Christmas. It was definitely romance. But it was not a good story. It had fallen flat. What was I missing? A plot beyond boy meets girl, they do it a couple times, and live happily-ever-after.

I pulled out my original outline. Would you look at that? There was a mystery to be solved. A bad guy. Strong support characters. All of that had fallen by the wayside. Why? Because I did not trust myself. I had stopped writing the book I wanted to write in favor of pleasing some unknown party. I did not trust myself to tell the story as it was meant to be.

So, until an editor/agent/publisher tells me differently, I'm writing the story that wants to be told. 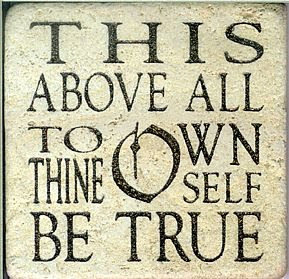 Yes! Trusting yourself is the biggest part of writing, I think.

Yes and Yes again! I have spent waaaay too much time trying to figure out what other people want, but I am just now learning. When we stay true to our most genuine self, before all others and everything else, that is when we are at our best. You are totally on the right track.

Best line ever: "A plot beyond boy meets girl, they do it a couple times, and live happily-ever-after"

I'm glad you managed to pump it up! =D