Disappearing From the Face of the Earth 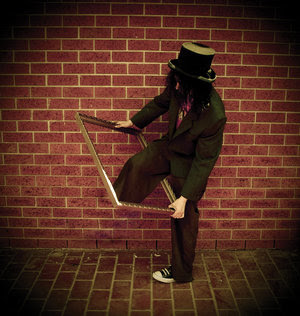 My Mom bought a few old romance novels at a garage sale and gave them to me. I was out of books, and read through one. It was published in 2004. A Medieval historical romance (which is the category I fall in, even though Elizabethan is a specific era and, if they want to generalize, they could say Tudor or even Renaissance. But no, they call it Medieval though it is clearly not. But I digress).

The book was entertaining. The main characters well developed and reasonably sympathetic. The romance/anticipation/seduction was well written even though the actual heat of the book was mild. The history appeared accurate (which I notice and appreciate). It gave the promised happy-ever-after between the knight and his lady fair. In short, it was an entertaining read. Not the best book I ever read, but nowhere near the worst. I was actually able to read and enjoy it instead of critiquing it, which says a lot.

What happened? She wrote a book. A whole book! That's a big deal. AND SHE GOT IT PUBLISHED! What a tremendous amount of work. She had done something right.
Then what? Was she done? Had she told her one story? Did the book not sell well? Did she have a bad relationship with her agent/publisher? Is she happy with her one book? Did she accomplish her dream? Is she still active under a pseudonym? Did she die? What happened? I want to know!

You know, unless I'm giving a positive review, I don't like to list the details. It seems it would be discourteous.