I Can't Say It blogfest 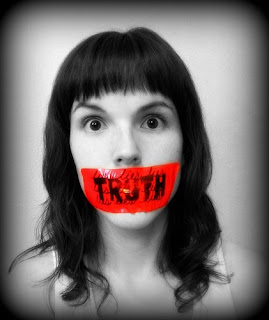 Thank you to Shelley for hosting this "I Can't Say It" blogfest. In fact the blogfest theme, in part, inspired how this scene went.

Mary's got a past she's ashamed of (passive voice! but I'm leaving it). Since then she has done everything right, but her past has come back to haunt her. Ultimately, she'll learn to forgive herself and realize that she deserves happiness -- but she's got some growing to do yet.

This is set in 1572 at the court of Queen Elizabeth over the twelve days of Christmas. Though some of the themes may seem modern, they absolutely were relevant then.

Background: The Earl of Oxford was found badly wounded (stabbed) in Mary's chamber the night before. Earlier in the previous evening, she had threatened him and now the court thinks she did it. When he came to (he will recover) he said it was not Mary, but wouldn't name his attacker.

Mary continued, “The new rumor is that I am ’s lover and he lied to protect me.”
Nicholas almost laughed. “Oxford would not put effort in to protect anyone but himself.”
“My thoughts exactly.” Mary punctuated her words with a fist. She rose and started pacing. “But it doesn’t change the whispers.” Mary paused to calm the desperation that threatened to break through. “I am ruined at court and I cannot be. I simply cannot be ruined – I have nothing left of me but my reputation. Without my good name, I can never be accepted as a lady's companion, and without that I have no prospects.”
“What of your family?”
Mary fought to be stoic. She had hoped to discuss this in a practical fashion, but the hurt had just resurfaced and she just couldn’t do it. She would not cry. “My family disowned me years ago.”
“Do you want to tell me why?” Nicholas could tell that this was hard for her to talk about. What could she have done that was so terrible? He had seen his fill of bad behavior at court, but could not think of anything that would break up a family. Well, a normal family.

Mary did not hesitate to answer. She and Nicholas seemed to share an understanding; he would not judge her. Would he? In for a penny… “I became pregnant with the babe of my betrothed.”

Mary had a child? Nicholas was shocked. Many women had nurses raise their children for them, but Mary – she gave of herself to everyone around her, he could not imagine that she would not stay with her own child. “Where is the child now?”

“I had an accident and lost the baby.” Mary took in a sharp breath, stopping abruptly. For some reason she just could not bring herself to say the words that made up the next part of the story – that she was on her way to abort the pregnancy. Go on. Tell him. Shocked at her cowardice, Mary continued, “Everyone in my family’s circle knew of my disgrace and that was enough for my father to cast me out. I was lucky to find a position with the Countess of Shrewsbury’s daughter, Frances Pierrepont.”
Nicholas nodded as he took in the information. It was generous of the Pierreponts to take her in given the possibility of scandal. He knew Henry Pierrepont from a distance, but remembered his wife, Frances better. She had left court before just Christmas, presumably to return to her county estate. She had been an anomaly at court and the courtiers had flocked around her. She had seemed, somehow, clean. Untarnished. Mary had that same sort of honest beauty. He trusted that Mistress Pierrepont was good enough to look past malicious gossip. “Will you return to her, then?”
“She was a pleasant mistress and became a good friend. Holme Pierrepont was almost a home to me. I do look forward to returning… but I hate knowing that I am branded both as Oxford’s lover and his attacker.” Mary paused for a breath and sat back down across from Nicholas. “This is what I had hoped to talk with you about. I will have to leave court after Twelfth Night. That means I have nine days to determine who stabbed Oxford in order to clear my name.”
Nicholas understood everything now. Her anxiety. Her energy. She was a woman on a mission. “Is this why you say you cannot marry?”

“Because of the pregnancy? My family?” What answer did he want? And what answer was she willing to give?
“Yes. Some men want a virgin – but then, some don’t care.” Nicholas paused for a moment, looking confused. “So, is this your reason?”

No. No it wasn’t. She wanted to cry and say it out loud, but she couldn’t. She never had said it to anyone. And Nicholas, this man she could have been happy with, how would he react if he knew she was a failure as a woman? That she could never give her husband the heir he required? That she should never marry. Mary swallowed her impulse and lied. “Yes.”

“Forgive me if I am impertinent, but that does not seem like much of a reason to me.”

Enough of this. “Will you help me?” Mary’s question hung in the air, demanding an answer.

Nicholas sighed to himself. “Of course I will help you.” He just wished the victim had been anyone but Oxford.

Ooh, I really like this! Your dialogue is beautifully poetic (possibly because of the time period?) and I found myself reading it aloud. Such nice rhythm to their speech. And you completely fulfill the I Can't Say It requirements with what she's keeping from him -- excellent!

Thanks so much for participating in the blog fest!

Interesting...he's not put two and two together yet? I wonder if he'll be so understanding when he finds out the rest of the truth. Will she ever tell him the whole story?

Not until a nasty side character tells him the version that didn't really happen -- and then he'll have to deal with his feelings about that. You know, that kind of misunderstanding that leads to conflict that would be easily resolved if the two people just were honest with each other is almost required in my genre. lol

This is lovely! Murder, romance, drama... it's all here. I love the style of this.

Lovely piece. You captured the setting perfectly. Sounds like an intriguing plot!

Wow. Very impressive! Captured the mood of the moment perfectly.

Well done. It's interesting to see this type of style and the slipping between the two characters point of view in this scene. Enjoyed reading it and the tone of the overall piece.

Generally I write one pov for a scene. The only time I deviate is when the male and female lead are together. I fought against doing it for awhile and found myself writing the same scene twice so the reader could get to know both characters. I like to think this way is more efficient and also speaks to their connection. I just hope it makes sense.

I love your writing Erin. This is great, and I thoroughly enjoyed both characters in this scene. Would love to know more about them.

I usually don't enjoy historical fiction but this was very intriguing and well written! You definitely made me want to keep reading.