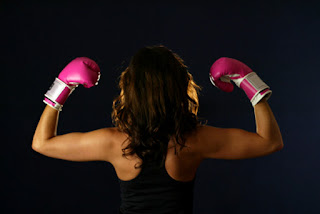 I witnessed my first real girl fight recently. I came in at the end, but there was enough hatred, hissing, cursing, and blood to be more than enough for me. I have seen plenty of boy fights - meh. Girl fights are something else. It made me realize my own attempt at writing a girl fight was lacking. My inexperience with violence really showed. There was too much talking, not enough scratching and swearing.

I am including my girl fight scene from Courtly Scandals below. I appreciate any input you may have on bettering the pacing and realism of the fight.

I gave you a shout out on my blog.
I love that video. Your fight scene was a little worry -- then again, I don't know how vicious ladies at court could be in all those clothes.

I hadn't viewed the video before I commented. Excellent! Loved it!

Good scene. Having seen ladies slide in the mud in such outfits at Renaissance faires, it was easy to see these two fighting. :)

Hopped over from the campaign to say hi. Love that video too. And the name of the blog.