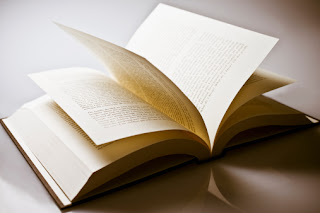 Thank you to Holly at Super Mom Writes for hosting this blogfest.  The idea is to post page 99 from one of your works.  Participants in the blogfest will bloghop and read the pages, determining if they, from that one page, would be interested in reading the manuscript.  The concept comes from Page99test.  It's a fun idea.

So, here we go.  This is from Courtly Scandals.  Read and see if you feel like it makes you want to turn the page.

Oh my!  Page 99 is really inappropriate.  In spite of my "you must be over 18..." warning, I just don't feel comfortable posting it.

So let's check out Courtly Pleasures.  Page 99.... hmmmm... Well, I'm going to post it if only because I already committed using Mr. Linky.  I also took a few words from page 100 to finish off the sentence.


Henry felt his wife melt into his arms as he deepened the intensity of the kiss.  He could not have anticipated how much her tentative touch would inflame him.  He felt her bury her fingers in the hair on the back of his neck and wanted to feel those soft fingers all over his body.  The lingering scent of roses embraced him as he ran his hungry mouth down her throat to that sensitive hollow at the base.  He heard her sigh of pleasure and felt her body slacken, yielding to his touch.
As he tried to control himself enough to consider how far this first encounter should go, a gloved hand parted the satin drapery, flooding the alcove with red light.  “Traitor!”  He stood up straight to confront whomever had so rudely insulted and interrupted them, when he noticed Frances waver in his grip then violently wrench herself away only to retch all over the stone bench under the window.  He moved to offer her support as she righted herself and was ready to catch her when she fell, unconscious, into his arms.  Well, this was not how he had imagined the night ending, but he was grateful that, at least, she had been with him when she collapsed.  Shaking away the unpleasant thought of how vulnerable she may have been had she found herself in this situation with someone like Oxford, Henry lifted her limp form into his arms and stealthily escaped the revelry of the hall.
It was no trouble to find Frances’ room off the gallery.  He had already heard talk about how Frances had a penchant for sunlight and fresh air, and how she had already taken four baths since her arrival.  He could not blame the gossiping men for having looked; hell, if he had spied her during her bath, he wouldn’t have been able to take his eyes off of her.  Reaching her chamber, he toed the door open and crossed the room to her bed.  Laying her on the thick coverlet, he stood back and gazed down on her unconscious form, still glowing like an angel in spite of the fact she had just vomited and passed out.  She looked decidedly uncomfortable with her bumroll forcing her back into an unnatural angle, her corset cutting into her bosom, and her hoop skirts springing in all directions.
In reading it now, I don't know if I'd want to read more.  I overdid the adverbs and some of it sounds forced, unnatural.  My own toughest critic, perhaps, but I'm still not pleased with it.

Yeah, this page does raise a lot of questions out of context. Like, spying on baths is normal? But I guess that's the point about the 99th page thing. Still, raising questions also raises curiosity.

Two nit picks- It seems like there should be some paragraph breaks in that first big para. And, although I love the verbs "wrench" and "retch", it feels a little overwhelming to use them so close together since they sound so much alike.

Bearing in mind the title "Courtly Scandals" and the fact that I've read more of this manuscript, it's less out of context for moi. Plus it's a Tudor period novel, therefore even dialogue can be excused as sounding stilted, so too period influence on narrative. Hee hee, so a little steam came out of Henry's ears - way to go!

As for being your own critic: it's always the case when a snippet is posted on a web page little niggles set in. I've yet to see a perfect manuscript written, and there are various ways a sentence can be constructed in order to avoid specific words. Mind you, a Thesaurus to hand is as good as a writer's bible. That said, it's easy to be a critic and to point out how one might have written something differently, but as I've said before re blogfests. They are about meeting fellow writers, making friends and having a little fun.

The more serious side of critiques and assessment are better practised in private between members/partners in a sensible critique group. There's nothing worse than the great unpublished taking on the role of self-appointed editorship, especially on public blogs and forums. It's a foolish practice, until such time as one has achieved a good few published novels to one's name. Believe it, other writers check to see who is published by whom and there's a lot of snobbery involved regards small press Vs conventional giant! ;)

Steamy. Nice writing. Dying to know why she had to throw up at a time like that!

Eww! Way to ruin a totally scintillating moment, Francis. *sigh* Loved Oxford's drama...he's such a cad. I liked the detail of the weird position and the skirts all astray. Especially since Francis is a very organized, controlled person. Great scene.
Edge of Your Seat Romance

Wow, that started intense, then Whoof, there it went. A great scene. I would have turned the page. Pregnant perhaps?

You have a wonderful flow. An ease of writing. Yes, there are a few minor issues, but overall it is an intriguing read.

Hi Erin, pleased to meet and follow you. I'm not in this 'fest, I'm in the No Fear blogfest but I caught you in the comments on Francine's. Thanks to Francine for giving us a little more background which made it more understandable for moi aussi!

I loved the melting way it began but then kapowie she's passed out. Poor darling. Is she preggers as Roland suggests?