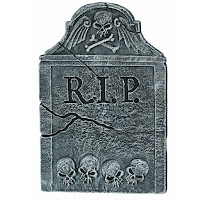 I wipe away a brimming tear as I close the folder containing Courtly Pleasures one last time.  This, my first book, is destined to remain in the dark.  Beloved by few (me), a piece of my heart, never to see a bookshelf.

A year or so ago I was speaking with my brother who has had a story percolating in his brain for years.  He has been resistant to actually writing because he hates the idea that this story is going to be his worst book.  Why?  Because it is the book where he'll discover who he is as a writer.  Actually, he didn't say that last bit -- I did.  He's not nearly that introspective.

Courtly Love, which became Courtly Pleasures, is my first book.  It's not a bad book, but my second book is much better.  Courtly Pleasures doesn't know where it belongs.  Is it romance?  Chick-lit? Historical fiction?  Yes, it is all three.  It's a journey of discovery, a lot of history, some hot sex, a lot of personal growth. All of it.  Character driven, but more focused on the female main character than on the male.  But it's not clearly a romance (when I was finishing the book, there was a point where I had to decide on whether or not she would get her happily-ever-after with the male lead, a genre requirement, or if she would be happy with herself and not have to rely on another person for her own happiness).  Plus, the protagonist deals with depression so it's a little bit of a downer at points.

While I still think it is a good book (better than many I've read and, I think, totally publishable) I can't pin my hopes on it.  I have to move on.  I will focus on Courtly Scandals, which has substance along with being  much more of a joyous romp.  This is the book that agents will respond to.  This is the one that will start the ball rolling. It has taken a major mental restructuring for me to stop seeing Courtly Scandals as a spin off from Courtly Pleasures, but I think it has to happen.

Courtly Pleasures is one for vaults, but it was not a waste of time.  It helped me learn that writing was what I was meant to do.  It helped me develop my style and my process.  I am a better writer for it.

So, goodbye for now, Courtly Pleasures.  Some day I'll read you again and figure out where I went wrong and if you are salvageable.  I worry that if I rework you too much you will become a Frankenstein, so for now, rest in peace.

I feel for Francis...but she does come out in your third book so she'd not gone forever.

Loving your second book...go to a conference with it!!

Aww, nothing wrong with shelving a project. I have something like 9 novels "on the shelf" with only two having a chance of seeing light again.
One is last year's NaNo and another is this project that's just too big to handle right now, an epic fantasy.
The nice thing is that there may be things you can re-use from previous works if they fit.