Turn to face the strain...

And it was a strain, but I did it.

As posted previously, I allowed myself a day of wallowing. That was followed by an insane day at school which completely distracted me from any additional pity-parties (at least, in relation to my writing). Today is the proactive, problem solving day.

It was easier than I had anticipated. With the help of Word's 'replace' all feature, Pierrepont became LeSieur (I researched Norman names that dated back to the Conqueror then made sure there were no noblemen/gentry at court during the 1570's with that same name. I did actually find one, but he was from France. Anyway, it worked). Shrewsbury became Spencer (a little nod to future generations). Hardwick became Hartford. Lumley became Ludlow. Any reader with a smattering of Elizabethan history will see the obvious resemblances to the real historical figures, but for the purposes of my historical romance, I think we're good. 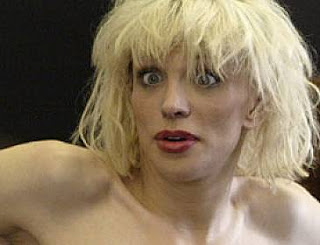 Love is hereby known as Courtly Pleasures. I am happy with this because I was able to keep 'Courtly' involved. 'Pleasures' gives it that hint of sexy it was missing, and, as an added bonus, it doesn't sound so much like Courtney Love any longer.

The story still works because Frances LeSieur (no longer Pierrepont) goes to Queen Elizabeth's court where flirtation and pursuit of pleasure is the name of the game. The Rules of Courtly Love are still appropriate as a theme, especially as Frances learns that shallow courtly wooing doesn't hold a candle to honest passion.

Courtly Christmas is tentatively renamed Courtly Scandal. My heroine deals with scandal after scandal and the gossip that ensues. It works but I'm not super excited about it. I couldn't think of anything Christmasy given this is a Christmas niche book feel, but the title actually reflect the story better. Of course, the craziness of the Elizabethan twelve days of Christmas allowed for the scandals to occur, so Christmas is a dominant role... And my husband doesn't think the word 'scandal' implies anything sexual in nature (probably because the word makes him think of Watergate and such). I think the demographic of readers that would pick up a romance novel and look at the title in the first place would assume scandal was something, well, scandalous, but in a sexual way.

For now, Courtly Manners is renamed Lady of the Court. And I have no clue about Courtly Consequence. That title also had a double meaning and I was proud of it, however a reader wanting to escape into fantasy doesn't want to think about consequences. So that will need to change.

All in all, I'm feeling good about the changes. I've fixed my website to reflect the new titles. I've revised my query letters and synopsis. I think I'm ready to start requerying.

The question is, with a new title and new character names, should I re-query agents that have already rejected me? Most of the rejections have been generic, so there was nothing to imply they had actually read anything. And this title is more marketable...

Any thoughts on the query question? Or about my titles? Or anything at all in general?

And, just because it's been in my head since I titled this blog...

Thought in general: In high school, I was Courtney Love for Halloween.

So glad you took the band-aid approach to this whole ordeal...just get it done and move on. Bravo!

I like Courtly Pleasures and Courtly Scandals...sounds enticing without being cheesy.

Wow, Candyland, your (young) age is showing. Courtney Love was a baby when I was in high school!! I like the "Courtly Pleasures" title a lot. Courtly Scandals is also good. Another idea could be something like "Merry Scandal" which gives the title an oxymoronic flavor, while getting the sex and the Xmas in....Or, how about a longer title like Courtly Christmas: Scandals in the Snow. Ok, maybe not....

Candy -- Great general thought. I was always a wench of some kind except for the year I was a Go-Go dancer. That was hot.
Raquel -- totally, I just ripped off the band-aid. Or we could equate it with waxing. My high school mascot was the knight -- so our proms were always "knight in paradise" "knight to remember" blah blah. I can't help but think a "knight of temptation" would be a different kind of prom. Good title, though.
Kathleen -- Thanks for the suggestions. I like Merry Scandal. Food for thought.
Smells Like Teen Spirit was big my senior year. I had an Anarchy T-shirt. I still think of Sid and Nancy when I think of Courtney Love.