Did I Notice Your Book? Blogfest 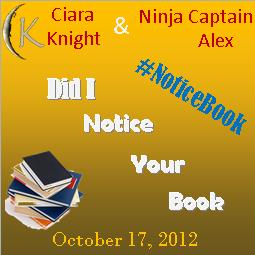 As part of Ciara Knight's blogfest, I chose to talk about Skeleton Woman by Mingmei Yip.

I met Mingmei at the Romance Writer's of America 2012 conference in Anaheim, Ca. She was sitting at the same fire pit after hours at the bar. I noticed Kevan Lyon of Marsal Lyon Literary Agency, but was nervous about just dive-bombing her with my pitch. Mingmei, represented by Marsal Lyon, told me to go for it -- that the worst she could do was say no. Courage thus fortified, I attacked.

I ended up talking with Mingmei for a while. She told me about her books and gave me her card. I ordered Skeleton Woman when I got home. 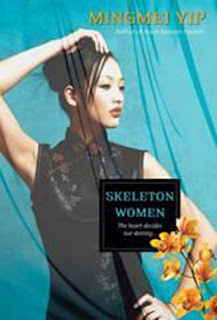 Skeleton Woman is set in 1930s Shanghai in the midst the growing Western influence but the traditional Eastern values. A glamorous veneer hides the ever present danger. Intrigue, the life or death situations, showmanship and style sets the scene for an impossible love. For the main character, love is not an option when survival is the goal. The stakes high and the characters multi-faceted. I began this book over the summer, then lost my Kindle. I found it again last night and am just waiting for it to charge so I can finish the story.

The writing style is very formal in the way of English as a second (or third) language. The way the story loops back on itself reminds me of oral traditions. After the first chapter acclimated me, the pacing became comfortable and I found myself enjoying the author's voice very much.

I like that she encouraged you. Isn't it cool when you meet someone and instantly like them? :) I'm in the blogfest as well:
http://libbyheily.blogspot.com

SKELETON WOMEN sounds intriguing. I love locales not done to death that are exotic and distant in time and setting. You won her another reader!

LOVE books with a historical grounding. This sounds very suspenseful and awesome. :-)

Hi Erin .. I love learning about the Shanghai era .. and this does sound interesting - love her cover. Cheers Hilary

Very cool Mingmei helped you as well.
Thanks for participating in our blogfest!

Another eye catcher. Thanks, Erin.

I'm just breaking into the realm of historical style reads, so this might be what I've been looking for. Thanks for participating in the DINYB Blog Fest!

Interesting review! It's cool that you got to meet the author. :)

I would like to read more--that whole era and how it changed Asian women's role.

This sounds like a good read to me, and I love that cover.

Skeleton Woman sounds original and refreshing!
Thanks for sharing!

It must have been very hard in Shanghai at that time. Sounds a great book - and what a lovely way of finding it.

It's a beautiful cover, and the voice sounds right for the story.

intriguing and i'm curious about the style! sounds like a good read to broaden my cultural knowledge!

Since I like anything to do with Chinese and Japanese culture, this was a good find for me. Nice to meet you.

This is such a beautiful cover, and so cool to see books delving into other cultures!