The hot male stars I grew up crushing on are now in their forties, some older. The new male stars, while equally hot, are disgustingly young. I'll see an attractive guy and be appreciative, then realize he's ridiculously younger than I. I'm not looking to make a love connection or anything, but I still feel gross when I realize the age difference. 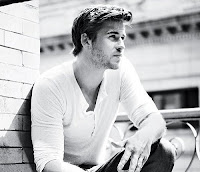 I'm sure that coming-on-40 year-old men have no crisis of conscience when they ogle 20-something women. They don't feel the least bit grossed out that those breasts belong to someone who was an infant when they graduated high school. I'm sure there's a long sociological explanation about why this is acceptable in regard to fertility and such, but it doesn't change the ick factor. I'm sure there's also an equally good fertility based point to support a woman nearing the end of her reproductive years finding a younger man attractive, but that doesn't stop the fact that I feel like a pervert when I raise my eyebrows in, say, Liam Hemsworth's direction.

At least Match.com sends me appropriately aged dating options in my area (unsolicited -- seriously. I don't know what I clicked or when, but I want it to stop).

Thank God for Ian Somerhalder being in just a few years younger than I. If I catch myself with pervy tendencies  I can just go to Netflix for Vampire Diaries and crush away. 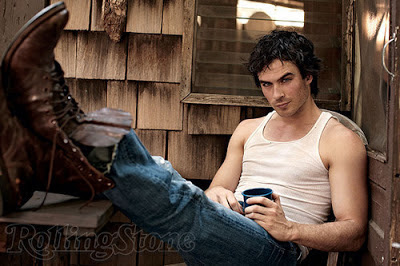 I knew I was getting up there when I had to sit around for a year or two for Emma Watson to become legal before I could start crushing on her.

Someone mentioned a countdown for Selena Gomez.

Hahahahahaha! I have no idea where to start, I'm just laughing too hard. You are so much fun. lol. Crush away.