Side Kick Spin Off 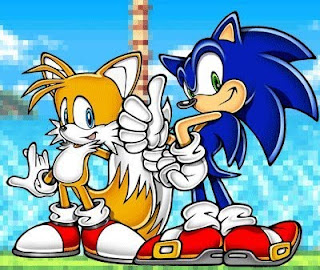 Eloisa James' Duchess Series is almost one big story. The characters are consistent throughout each book, showing up naturally within the flow of the story, not stuck in at intervals as a nod to the rest of the series. Non-main characters get a lot of face time and have a POV. They evolve from book to book, so much so that by the time the almost villain from the first book becomes the hero of the last book, his evolution is entirely believable.

Though these probably qualify as spin offs, they do not read that way. They can read as stand alone stories, but I think you need to read the series consecutively in order to really appreciate how well it is done. In general, these books are a break from the norm in regards to spin offs.

Many novels in the romance genre are written in groups of three. Three sisters/friends/cousins/whatever, each who have to marry to please their families. A group of men recently returned from Waterloo/members of an elite special ops team/brothers within a large family famous for marrying for love. Young men of the ton recently come into their titles, each with their own story. For the most part, each book is independent of the others (not counting the little nods here and there for the sake of readers who are reading it as a series). Usually you meet everyone in the first book and you KNOW that they will have spin offs.

My first book features Frances' romance with her husband. She has two friends, Mary and Jane.

My second book is about Mary's romance. It is a spin off, but can stand alone.

My third book is about Jane. But I have a problem... I did not mention Jane once throughout all of Mary's story. It wouldn't have made sense to do so as Mary's story was happening in London and Jane was holed up in the country. Mary could have spent some time thinking about Jane, but that would probably end up being something I would edit out since it wouldn't have progressed the story. Mary and Jane could not realistically write to each other either because Jane is at least 4 day's hard ride away from London, it's winter, and the story only lasts for 12 days. Frances comes up from time to time, but that was a natural progression because she used to be Mary's boss.

I have just started Jane's story, but since she's been conspicuously absent for a whole book, is she really a spin off?

What I don't know is if this is a problem o 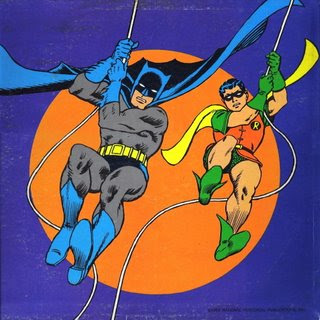 r if it does not matter. For my part, I'm treating it like it doesn't matter and am writing the story that wants to be written. Of course, when, someday it gets to the point of publication, I will obey the edict of my publisher/editor/whathaveyou.

As for the image above, my middle school students assure me that Sonic the hedgehog's sidekick Tails did spin off into his own game, so I'm trusting their expertise in this field. Personally, I was looking into the Batman/Robin-esque combination's, but couldn't think of one where the side kick ended up with their own story. :(

Addendum: My students have just informed me that Robin did, in fact, spin off and was much more kick-butt than I gave him credit for. My bad.

I don't know about needing to mention a character in all your novels not in order to legitimately bring them out the shadows, but I do know they have to at least be interesting enough to remember in the first place.

I have a character, Salem, that was a peripheral character in my first book...he didn't appear in the second, and now appears in a huge scene in the third...maybe a lot more.

His character just fleshed out while was visiting the Bayou story and now I see him needing to strike out on his own...hmmm.

My current YA urban fantasy, THE LEGEND OF VICTOR STANDISH, started out as the adventures of an undead Texas Ranger in Katrina's New Orleans as seen through the eyes of a 13 year old street kid. It was to be titled, CAPTAIN OUTRAGEOUS.

But Victor soon took over the story, making it his own with my hero a sort of side-kick to the boy! Novels sometimes take on a life of their own. Roland