The Bottomless Pit of Research 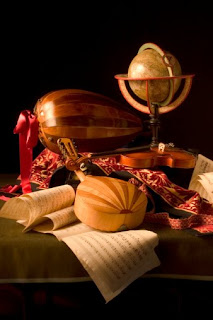 A friend recently reacquainted me with Throw Momma From the Train.

"Dive! Dive!" yelled the Captain through the thing! So the man who makes it dive pressed a button, or a something, and it dove. And, the enemy was foiled again. "Looks like we foiled them again," said Dave. "Yeah," said the Captain. "We foiled those bastards again. Didn't we, Dave." "Yeah," said Dave. The End.
She used this quote as an example of manuscripts where the author clearly has not researched anything. We've all read them and sighed. How do these books get published? My peeve, particularly, are costume inconsistencies. I'm sorry, but you cannot just rip a corset off. If you are going to include a corset in your story, make sure you research the construction and the nuances of design specific to the era. A highlander does not zip up his kilt. Medieval English peasants would not own anything made of cotton. A young buck of the ton could not physically slip off his Hessians. But I digress.

I thought of this the other day as I used the word Machiavellian to describe William Cecil, Baron Burghley. Would that term have been used in 1572? Research on Machiavelli led to research about book circulation and the education/literacy of nobility in England. I determined that, yes, many noblemen would have been familiar with The Prince, but there was not enough to support that they would have used the term to describe a person who believed the end justified the means. I ended up not using the word, but learned quite a bit. I probably put a few hours into the research in order to determine whether or not I should use one word.

The same thing happened to me when I was researching the 17th Earl of Oxford's land holdings. That lead me into research about wardship under the crown. This lead me into the political intrigue during the Jane Grey debacle and the 16th Earl of Oxford's obligations. This lead me to look into the Dudley family's perfidy then the Cecil's machinations... This was all to find the name of one property that the 17th Earl did have control over in spite of the inheritance issues.

Research, for me, is a slippery slope. I actually enjoy research and can waste a great deal of time learning things that I don't need to know when I should be writing. Then I have to resist the urge to share all my new found knowledge with friends and family. Or, it gets worse, I have to be careful not to get all history teacher-esque in my writing.

Ultimately, my story is historical fiction, not a history lesson. There are times where I take creative license with some time-lines (how long it would take to have a new gown made up, the rough date a certain choreography would have been introduced from Italy to England, how long it would take a courier to deliver a letter from Derbyshire to London during November). After all is said and done, the story has to flow and entertain. I can't let it get bogged down in data.

When I make my heroine clean and relatively free of body hair and my hero have good oral hygiene, is that cheating? Or do readers understand that it's part of the fantasy? Am I sacrificing the integrity of history for the sake of entertainment?

Erin,
You bring up some interesting points. As a fellow history buff/lifetime student, I understand how hard it is not to regurgitate all that info. To control it, I watch Jeopardy - every day.
Patti

I tend to fuss about that kind of thing in my own writing, and I hunt down every detail I can think of--not very helpful if I'm trying to get into the writing flow.

When it comes to something like that kind of historical fiction, I don't think it's as important; cars in the 1800s or technology where it doesn't belong is much too big to be overlooked, but I think things like terms aren't--the reader will understand them, anyway.

i completely understand about the research. when i wrote my first fantasy novel, i didn't think i'd be doing any research, but it's set in a middle-ages type world, so i wanted that part to be authentic. it was so easy to go overboard, following the bunny trail to things i didn't need to know.

The Japanese taught the English to bath regularly, the way I've heard it, even though I haven't researched it, and would have done so if I wanted to use it in a book.

We can never do more than a approximate of a life distant in time. "An author lie to tell the truth".