This was not the post I originally had planned for today, but after watching the Glee episode about first times, I was inspired to comment.

Sex, when you break it down to basics, a mammalian coupling. It's a basic urge that is necessary for the perpetuation of the species. Being human and so much more advanced than mere animals (I have talked to several young people in my life that did not believe me when I said humans were mammals) we have complicated the issue. A lot. It's not just a matter of urge fulfillment, it has a lot of meaning applied. 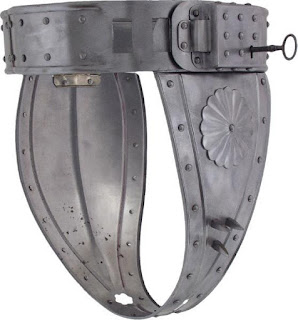 I'm not saying sex should not have meaning and we should just go around sans pants and procreate whenever the need strikes. I am saying that it's not just a simple coupling. Even if you want it just to be a simple physical act, it's not. There are two people involved and who knows what's going on in the other person's head. It's complicated.

People counsel young adults to wait until they're emotionally mature enough to deal with the aftermath. If you freak out at the thought that someone may have a memory of you naked and making silly faces, you're not ready. If bodily fluid is disgusting and you don't like to be touched, you're not ready. Why? Because society has created a standard for living that involve cultural norms like personal space and expected levels of hygiene. We do not respond well to natural scents and are so insecure that we are constantly pitting our own image against an unachievable standard of beauty. And, thank you Christianity, we are guilt based. Afterward there is sure to be the worry about having made a mistake.

I repeat - it's complicated.

To do it or not to do it, that is such a big question. Life changing. But only because of the importance we put on it. I wish I could forget that formative first time, but it's there in my memory making me wince. In the romance genre, it's all about that first time being phenomenal. Even when the couple in question were not virgins, they may as well have been because nothing had ever been so earth shattering before. Man - that's a lot of pressure.

In writing about Percy's first time I also made Jane's experience with him so amazing that she realized the times before with other men meant nothing. It's plays into the fantastical idealization of virginity that we embrace.

Thus ends my diatribe on virginity. To be continued, I am sure, sooner than is preferred.

Just for fun, do a google image search for chastity belt. You will be amazed. Or maybe you won't.

So far I have created my elvin culture to not put too much value on the act. That made it hard to make it meaningful. I can see how the idealized station of the virgin could raise the stakes of sex.

There was a show on TLC I think it was a few days ago called The Virgin Diaries. Being that I was raised in a very, very strict religious environment and was a virgin on my wedding night when I was 19, I wanted to see how this scenario played out for a couple who hadn't even kissed on the lips until their wedding.

Their first kiss was so embarrassing that the whole congregated group of their guests looked like they just wanted to die.

And the young groom...did not appear to enjoy it all as much as his enthusiastic bride, which worried me.

It all brought back a lot of memories that I'd rather forget.

Now that I have a teenage daughter (who is choosing the same restrictive religious upbringing with her father-one I tried to steer her away from to a more open minded world but I digress) I wonder what will become of her, eventually, when it comes to sex. I hope that she doesn't buy into the 'shame' of it, that she eventually just ends up being with someone who will treat her well, kindly, and with real affection and not just in the bedroom.

God, it's scary and I worry about her. I think of how little I knew--nothing--when I got married and I do not want that for her.