Courtly Scandals needs to be tightened. Watch out for repetition. The reader doesn't need to be told the same information over and over. Once is enough. Look for any extraneous information. Go through your chapters, point by point, and make sure whats in there is necessary to keep the plot moving. If not, delete it. Set a goal for yourself, for example, try to get your novel down to 350 pages. In order to do that you'll have to cut out quite a bit.
Look for back story, often you can cut out quite a bit of it. Make sure your story starts in the right place with action, not back story.
Use the Self-editing Guidelines I've included to make your writing more active. Getting rid of passive words such as had, could, would, etc.
Watch out for the overuse of had. I noticed it quite a bit.
What I have done:
Exactly what they told me to do, more or less.
The publisher suggested I start my story where the story happens. Duh! I knew that... I guess I thought I had, but then reading from a different perspective let me know I really hadn't. The story now starts in chapter 2. I did have to write a new intro.  Below is the first two paragraphs. Let me know if it the 'hook' is there.

On the first night of Christmas, Mary had no idea what to expect. She had heard rumors, but then you could never trust gossip. Especially when you knew from experience how the stories changed with each telling. For all she knew tonight could be a elegant feast and dance or an orgy that would make Caligula blush. Or both.
This would her first Christmas at Queen Elizabeth’s court. All she really knew was that, while the liveried servants had been busy transforming the palace, the courtiers had been fortifying themselves for twelve straight nights of revelry. The only true damper on her excitement was the guilt over leaving Anne. Then again, Anne was a grown woman now, wasn’t she? Besides, she’d told Mary to have a wonderful time and come back with scandalous stories, so she may as well follow orders. With one last glance in the mirror to ensure that her thick hair was still securely coiled inside her net caul, she gave herself a saucy wink and smiled. Tonight was going to be an adventure.
Courtly Scandals was originally written to be book two. Since book one will never see the light of day, any tie-ins were irrelevant, so many of the flashback bits which included 'had had' could die peacefully.

The hardest part was actual length. I think in terms of word count, but my instructions came in terms of page number based on Courier New font (which is really hard on my eyes, so I write in Times New Roman).  I was all jazzed when I was able to cut 4k words, but that still, in the Courier New world, had me at 401 pages. When I decided to start the story in chapter 2 (where she meets her love interest - makes sense), off went another 3k words and I'm now down to 386 pages. I honestly don't know what else to cut and still have fleshed out characters, setting, and story. I pray that the publisher will see that I did my due diligence, appreciate the blood, sweat, and tears that went into being easy to work with and good at taking direction. I mean I even deleted my chapter titles and I loved my chapter titles. *sob*  Okay, moment has passed. Chapter titles are not a priority in the big picture. And I'd rather see this published as a good story than a story lacking something but with cute chapter titles.

It feels so good to be done. 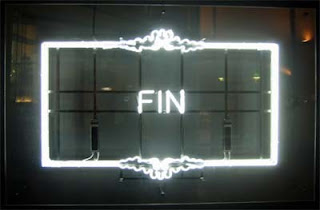 The big excitement about this is that I can take it off my plate for now (until I hear back, that is) and work on Courtly Abandon. I am happy when I'm creating a story. Revisions are soul sucking, but writing new material gives me something to really look forward to every day. The writing process is energizing. Non-writers may think of it as spending hours in front of a computer, but I'm interacting with my characters, talking to them -- sometimes yelling at them. I always feel this pride of accomplishment at the end of every session, even when I'm frustrated and didn't reach my goal. When I'm writing, I'm more alive.

I love the new look of your site. It is sassy, flirtatious. And the opening paragraph gives expectations of things to come. Love it.

It's fun to hear your edit process! I've sure done a lot of the same stuff myself... "had" is such a nasty little beast. Good luck with your publisher!