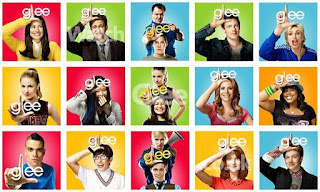 I watched an episode of Glee the other day (this post was written and saved as a draft over a coupled months ago). I managed to see it without having seen any commercials or spoilers, so I had a genuine response when bad things happened. Serious sobbing, crying. Big fat tears, aided, I am sure, by the second glass of wine I had just had. The shockingly terrible situations (which I will not disclose in case some people have not seen it and still want to) was balanced out by equal amounts of unadulterated silliness.

The theme to this episode 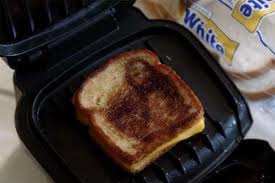 was about spirituality. While some students are dealing with loss and the unwelcome outpouring of sympathy, Finn has discovered God.
Specifically, Grilled Cheesus -- an iconic image in the burn marks of his sandwich. He prays/makes wishes to Grilled Cheesus and gets what he wanted. Grilled Cheesus is magical.
It was awesome.

The phrase, "I laughed. I cried. It became part of me." was especially true for this episode. It hit all the right buttons, and the music was not even that great.

Courtly Pleasures is about a woman coming into herself and falling in love with her husband. When I wrote it, it was very outlined. On the first major revision, I realized I had to much personal growth for my mc and not enough conflict/tension, so remedied that.

Courtly Scandals had too much happy/humor/silliness for the conflict to seem big enough to balance it out. I've been working to that end, but it's been difficult because my male lead is a crinkly-eyed rake who laughs huskily at everything and my leading lady likes to have a good time. I had to rewrite them individually in order for the dark moments to be real. In all, this resulted in them both being less archetypal and a better story. It was worth it. I just wish I had the foresight to see what was going to happen before I had written 60k words. Que Sera.

If this sounds familiar, it is because I touched on this briefly in my post Romance Genre No-No's, but watching Glee gave much such a great, pop culture example, that I had to write more.

I recently had a critique that the humorous aspects in Courtly Scandals lead to 'chick flick' style read rather than a romance. Personally, if the plot has both tension and laughter, I don't know that that is something genre specific so much as the elements of a good story. I can't think of a genre (except for emo poetry) where humor would not be a welcome relief.

You're right--balance is important. There can't be too much of one thing, otherwise what happens won't be realistic enough for the reader to accept it.

balance - always hard to find in writing and in life.

Humor in unexpected circumstances is a great tension reliever and keeps me engaged. I think that even happy people hit bumps in the road though...hmmm.
Edge of Your Seat Romance

I disagree that Courtly Scandals in more of a "chick flick" than a romance. I loved the humor, but it was definitely subordinate to the main story...that of growing love and personal character development of the two main characters. I think the story had great balance, which I enjoy in a book.