In Which I Address My 'Hook' Yet Again 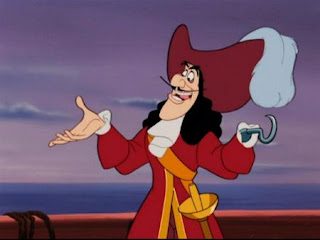 So I just put together all my chapters thus far in order to figure out where I'm at w/word count. (I save each chapter in its own file. To further complicate things, the second half of chapter 6 will soon be chapter 12, but right now I'm only on the new chapter 10. Once I catch up with myself at 12, I'll have through 17 or 18 completed, but it's awkward right now. This is a long aside, I know. Back to the compilation...)

Had she made the right choice? Mary had stayed on with Queen Elizabeth’s court as a favor to her long-time friend – but somehow ‘friend’ no longer seemed the right word. Lady Oxford, Anne, had changed so much over the past three years. What was it? Her new title of Countess? A sense of assumed maturity? She still did not understand why Anne had chosen to marry the Earl of Oxford. had destroyed Mary’s only chance of having a home and family of her own; Anne had known that. And still she married him. The thought made Mary sick – and yet, here she was.
I really welcome thoughts on this. Does it get your interest? Is it too contrived? I, of course, retain the right respectfully disagree and/or ignore any and all critiques (but I usually take them seriously, whether or not I apply them verbatim. After all, I am asking). Months ago I revised the living bejebus out of it, trying to make it shorter. But did I make it disjointed? Do we get a clear idea of era? Setting? The main character? Does the reader care?

Again, do your worst. Or, preferably, your best. :)

Addendum 9/2/2010: Yesterday I wrote an entirely new first portion of my first chapter. It's not as contrived and happened very organically. But is it intriguing enough to hook the reader (or an agent)?

Mary’s corset bit into her back and hip as Anne gripped her in a firm embrace.
Anne appeared unaware of Mary’s discomfort. “Christmas will be so wonderful this year!” She grabbed Mary’s hands and threw herself into a reel, towing Mary with her. “I have you, my dearest friend, with me. It will be such a jolly time.”
Mary smiled as Anne pulled her into another swift hug. She had not seen Anne for almost three years. Mary had left Anne’s father’s household just before Anne had married the Earl of Oxford and become the Countess. She had never had high expectations for the marriage, but been horrified to see how sapped, how spiritless Anne had appeared upon their reunion at . In spite of the fact that she had not heard once from Anne in the three years they had been apart, she felt like she had no choice but to accompany her to palace for the Christmas festivities. Anne needed a friend.
While her smile seemed genuine, Mary could not believe that she actually intended on attending any of the twelve nights of Christmas revelry. Anne was much too somber to actually enjoy a good party.
Mary did not have that particular problem.
If everything she had heard was correct, the twelve nights would be full of the most amazing entertainments, some provided by the Queen’s household legitimately, some by the courtiers unable to control themselves under the guise of Christmas. She could hardly wait.

here's what I see from a reader standpoint,the second half of it is better than the first half. Maybe I'm biased but the questions do next to nothing for me as a reader, however the second part tangles it up and gives me a reason to care about it. maybe switch them around like this:
"She still did not understand why Anne had chosen to marry the Earl of Oxford. Oxford had destroyed Mary’s only chance of having a home and family of her own; Anne had known that. And still she married him. The thought made Mary sick – and yet, here she was. Had she made the right choice? Mary had stayed on with Queen Elizabeth’s court as a favor to her long-time friend – but somehow ‘friend’ no longer seemed the right word." just an idea.

Brutal honesty: it's not working for me. It feels more like a backcover, giving us way too much information at once. I prefer to be drawn into the characters for their own sake before having the plot hoisted on me.

Summer, your comment about rearranging it was excellent and made a bad thing better.

But it still lacks honesty and there is no flow with the rest of the chapter.

This 'hook' intro was written after reading so much about how the first 1000 words made a book memorable... or it didn't. Then that got shrunk to 250 words. 100 words. The most recent thing I read is that an agent does not read past the first 50 words unless they have a clear idea where the story is going. I was trying to KAPOW in the first few sentences and it just doesn't read as honest.

I'm afraid I'm scrapping the whole introductory section of the first chapter. The good news is I have an idea that I like. The bad news is I have no time with the start of the school year. This is the first time I've checked my blog since this entry posted.