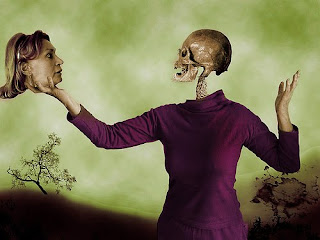 Thank you to DL Hammons at Cruising Altitude for hosting this High Drama Blogfest.

I did not expect this to be a challenge. I looked through my finished ms and my wip, both packed with dramatic elements, and could not find one scene that started and finished within a reasonable distance from 500 words.

As it was, I think I was able to keep the tension of this scene by only including the action portion. This was the scene when I realized it really was confusing to have Sir Henry Lee and Henry Pierrepont at odds over the same woman and that my alpha reader was not just not-paying attention. Sir Henry Lee (a historical figure) became Sir Harry (which was what he was called in a naughty inscription on his tomb) and Henry Pierrepont (also a historical figure) remained Henry.

Weighing in at 494 words, this is an excerpt from Courtly Love:


Sir Harry Lee stepped into the darkness of the Queen’s Privy garden quite pleased with himself. The Queen had taken on a pretty new Maid of Honor who had a lot of potential. Of course, she was young, but the unmistakable invitation in her eyes told him she was old enough. Oh yes, young little Ann Vavasour would be a welcome bedmate.

“Draw your sword, Sir Harry.” The strong words broke through the darkness and his reverie. Slowly moving his hand to his rapier, he shifted his weight only to pivot and draw in one fluid motion.

Sword at the ready and knees loose to jump into position, Henry shifted from the shadows. “You are a cur and a knave and I will have justice for my wife! En garde!” Henry Pierrepont’s challenge rang throughout the courtyard, getting the instant attention of those leaving Her Majesty’s presence chamber for the night.

“Stand down, Master Pierrepont. I am the better man here!”
“Stand down, says he!” Henry’s mocking words were edged in restrained fury. “The better man?” Henry’s footwork brought him close enough to deliver another blow. “I say that you are a murderer!” Sir Harry, again, blocked Henry’s blow with a loud crash and pushed him back.

“A murderer? I? No, I say it’s you who are the murderer here. Who here is the foul Papist who disappeared so conveniently during the hunt?” Sir Harry could only focus on parrying the barrage of blows from Henry Pierrepont’s sword. “You are guilty of attempted murder and treason and I will see you dead for it!”

Henry moved forward, trying to break through Sir Harry’s defenses with a powerful strike. “You poisoned my wife and you are a worm to deny it!”

“I danced with your wife, but poison?” Sir Harry misjudged Henry’s feint and overcompensated to defend his position, rolling onto the cut grass of the garden. Righting himself quickly, he met Henry’s blade, steel hissing along steel – sparks in the dark night. Grunting with the effort of holding back Henry’s surprising force, Sir Harry muttered, “Poison is a woman’s weapon.”

Poison is a woman’s weapon. Sir Harry’s words rang true and Henry staggered back, lowering his guard as realization hit him.

Sir Harry Lee moved to strike at the distracted Henry when four armed yeoman of the guard stepped from the shadows to disarm both Sir Harry and Henry Pierrepont and a voice boomed out of the fallen silence.

“Huzzah, gentlemen, for the entertainment. I find nothing as riveting as grown men acting like children.”

Both Sir Harry and Henry dropped to their knees at the sound of their Sovereign’s voice.

"You are a cur and a knave" - brilliant. I generally don't go for fight scenes in my romances, but when it's Princess Bride like, I make exceptions

Historical Romance is my thing - though one of many vices - and I loved this throughout!

"grown men acting like children" adore that line. thank you for posting this for reading pleasure!

I truly enjoyed this scene and its PRINCESS BRIDE feel. Sadly, if you look close enough, more often than not, grown men act like children -- especially when they feel they can get away with it.

What does that say of our maturity? LOL Roland

What I did not mention was that neither Sir Harry or Henry were really left handed.

Sword at the ready and knees loose to jump into position, Henry shifted from the shadows. “You are a cur and a knave and I will have justice for my wife! En garde!”

Oh, how could I NOT love this?

You know, sword fights are VERY hard to write well and I loved this! Love love love. Oh and this: "Poison is a woman's weapon."

I absolutely LOVE the voice and personality in this piece. It is just jumping with life! Wonderful entry! :-)

This was quite fun. I loved how the sparring involved both blade and words. Very nicely done and an excellent addition to the blogfest. Thank you for taking part!! :)

I was transported back in time with your authentic voice and descriptions. Well done!

That was a fun--dueling swords and dueling words. I'm a big fan of historical romance, so I can't wait to see more from you. :)

Great voice, killer action. What a cliffhanger here. I'm dying to know what happens next!