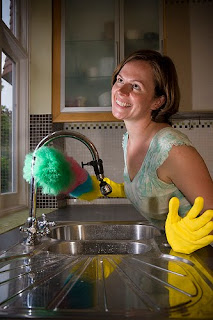 In a recent issue of Romance Writer’s Report from RWA, there was an article titled “Speed as an Antidote to Writer’s Block” by Hillary Rettig. All jokes about methamphetamines aside, the basic gist was that in order to write prolifically, you just had to write. And then write some more. And keep writing. Most importantly, do not let the desire for perfection slow you down.
How simple – and yet the idea was something new to me. For years my style had been to write a few pages and then go back and edit. Of course I would find problems, so I would rewrite. But then I would remember an inconsistency and go back to a previous section and fix that. And then I would find myself editing in that section. Usually at that point I would swear under my breath (so my kids wouldn’t hear me) and call my sister to vent. Then I would completely lose focus, do some dishes, clip my daughter’s fingernails, have a glass of wine, and return to my story. At that point, I’d have to reread everything I’d done so far in order to be in the zone so my writing wouldn’t come across as choppy. Rereading would lead to editing. It was a vicious cycle with the result of me taking a lot of time to get very little done.

One of the side-effects of my particular writing style was that I got too invested in my plot/character decisions. By the time I considered myself done, I practically had the ms memorized and was in love with every line. This is NOT GOOD. Rettig points out that speed writers are more likely to involve others in their writing process and look for and apply critiques. Perfectionists hold on to their ms until it is perfect, which it never is, and cannot take criticism. It was actually funny for me to realize I was a perfectionist. I mean, I’ve always referred to myself as ‘flexible,’ which is really code for disorganized and a little sloppy. Seriously -- my house is a mess, my regrowth is showing, and my youngest daughter got yogurt in her hair this morning so I decided to put it up in a bun for the day so no one could tell. Sloppy. But in writing, I was a perfectionist.

For this last month I have NOT been a perfectionist. I have been focusing on telling my story. When I sit down to write, I write. I do not go back and worry about the seduction scene in chapter four (even though I still want to, I fight the urge). I going to keep writing and writing until I finish this book. My monitor is covered in sticky notes reminding me to change things later when I am ready to edit, but I’m not wasting time on that now. I’m part of a romance writer’s group and really value the critiques and take all the input seriously. Most importantly, I’m able to do so without feeling that the book of my heart has been slighted or my genius impugned. I know where my story is going and I know I can get it there. It’s actually really exciting.

So now that I’ve lost (brutally killed – suffocated, perhaps?) my inner perfectionist, is my writing just as sloppy as my house? I don’t know. If I wanted to make an analogy of it, I could say that at least my house is a complete and comfortable home even if the Nativity scene is still on the piano. Likewise, I’d rather have a slightly sloppy complete manuscript than five grammatically perfect, almost poetic, overworked chapters that might never become a book. If my home was like that, it would only be a few standing walls with beautiful Venetian plaster finishes.

So, thank you Hillary Rettig, whoever you are. I will no longer be a perfectionist. I will simply write. That said, if there are problems with the flow of this blog, it is because I did not go back over it, I just churned it out. Good for me!

And now I’m off to help my hero discover that he truly wants to marry the heroine.

That is great advice. I heard at a writer's conference that a lot of editors and agents are wary of the first three chapters of a book being representative of the entire ms for just that reason.

Contests, proposals, etc...they all usually require the first three chapters so many writers have highly polished ones...the problems is, that is usually as far as they get.

Bravo on your decision to forge ahead!