Research May Kill Me Yet 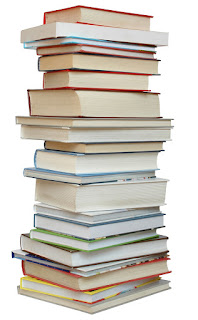 What is the bare minimum of people/artisans/laborers to run a subsistence level medieval town?

What are the Elizabethan laws about women artisans? And do those apply outside London? If so, how are they regulated?

Can you dig a fresh water well on a cliff near the sea?

How would an architect find skilled labor in the middle of nowhere?

If a countess was a guest in the home of a knight's wife, would precedence still favor the countess or the hostess?

What is the bare minimum of staff a gentleman's house can have? What roles are filled by women? Could they be?

I am taking the bones of a medieval town and reworking it into a feminine utopia and, while fantasy is implicit in romance, I'm not sure how much I can get away with in regard to reasonably flipping historical norms on their head. Part of the challenge and appeal is the unorthodox nature of Windshear Abbey. Within my story, my reinvented standards are born from necessity and survival, but there's only so much change you can throw at a medieval peasant and it has to make sense. This means a lot of sociology, anthropology, and history research on my part. While courtly norms at this time were specific to the Elizabethans (and I am very comfortable with these), not much changed in the small towns or among the working poor far away from urban centers so it's safe to use medieval models. But that doesn't make it easier. It's such a BIG undertaking and is getting in the way of actually writing the story itself.

The good news is that once I've built my foundation in this book I'll be free to write forward within my established norms in the unlimited potential of the Merry Wives of Windshear Abbey. I have so many ideas percolating and can't wait until these stories start to tell themselves.

In the meantime, can you have successful beehives on a coastal cliff?
How do you make beeswax candles?
How long can a milk cow healthily produce?
How much acreage could three women plant and harvest?
Would a small town have seeds to sell or only enough to plant for themselves?

Uh..hmmm...I have no idea, but I do look forward to seeing your success in finding these answers.