Not the Usual Entrance

I'm blogging when I should be sleeping off the anesthesia. Good idea? Probably not. But I'm moved to blog and therefore I should. 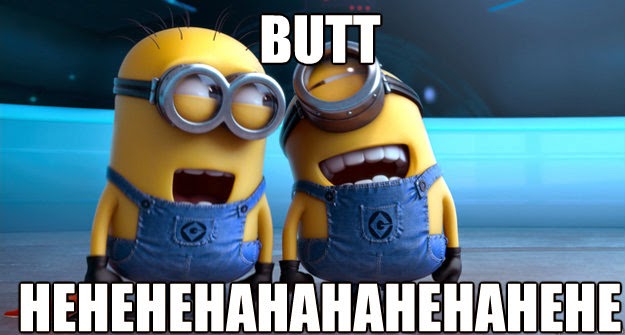 I had (TMI warning) a colonoscopy today. It was Karma's way of teaching me a lesson. You see my mother gets a colonoscopy about once a month and when she's not being probed, she's thinking about it, scheduling it, prepping for it, or talking about it. As a result I took to writing it down for her randomly on her home calendar and white board whenever I visit. So, here I am at thirty-nine having a colonoscopy while fate points a finger and says, "Ha. Ha."

What does this have to do with writing? Romance?

The backdoor is slowly becoming a plausible source for penetration in mainstream romance. Not my cup-o-tea, personally. Seriously, never going to happen. Never going to write about it happening between a man and a woman as if it's something sexy. Maybe I'm not open minded enough or whatever, doesn't matter. Exit only. Thank you. My opinion.

The first book I read that included anal sex caught me by surprise. First I thought he was just being messy with the oils, then overly cautious when he donned two condoms. But when the hero entered the heroine from "not the usual place" I had to reread a couple times to make sure I understood. I can't remember the title or author and my Google searches gave me nothing. The story involved a woman pretending to be a gypsy psychic while she scammed the haut ton in order to get vengeance against the family that wronged her. The leading man forcefully seduces her (not rapey enough for me to shut the book then and there -- no means no) and then BAM, in the butt. I'll be she was surprised. I certainly was.

Since then, with the rise of romantica as a sub-genre, I've read it multiple times. Usually the author handles it well and since I'm invested in the story of the characters, the fact that I find the act off-putting is irrelevant to the overall story. Lady Chatterly's Lover, one of my favorite books, includes it (I was just too unwordly to understand what "the Italian way" meant when I first read it), but the story is about so much more than sex that even now that I know it doesn't detract. The entire story is about finding that "connexion," and though the sexual content is prominent it's really just part of that process. I think all successful romances use sex as a way to further the character's emotional growth and, in that, can go to all sorts of lengths as long as it's consistent with the characters. This is why, to me, Sylvia Day's Crossfire series doesn't come across as abusive while Fifty Shades does.


What do you think about the broadening scope of sexuality within the romance genre?

I hope your colonoscopy came out okay (you know, the kind that tells you that you don't have to come back for another ten years or so). I can't imagine having to do THAT once a month. And it wasn't so much the procedure, but the prep work I hated. Ugh!

As for the broadening scope of sexuality in romances... I'm okay with it. There are certainly plenty of choices, so if you aren't into the kinky stuff, you can find something less kinky, that's for sure!

For the record, I was exaggerating with the once a month thing. I only SEEMS like that to me. Sorry, Mom.