A Story is Born

I was at my orthopedic surgeon's office for a post-op follow up. Out came the sutures, we both appreciated the minimal appearance the scar. I mentioned my kids were in the car watching Brave with their Daddy. My doctor hadn't heard of the movie and I recommended it, saying it's the first Disney princess movie where falling in love with a charming prince isn't the solution to the problem. I then commented that it was funny that it appealed for that reason since I wrote romance.

My doctor cocked a lightly penciled brow and told me to write one for her: early forties, never married, two big dogs. Bamm! My writerly instincts popped into gear, but instead of thinking about firemen and log cabins, I immediately jumped to the internal stakes for the main character and started brainstorming obstacles. As a writer, this makes absolute sense. As a woman pseudo-joking about lack of romance, her stoned (pain-killers, prescribed and used appropriately) patient spewing possible character flaws (especially since I don't really know her at all, even though she's technically been more intimate with me than anyone else) probably didn't sit well.

I may actually write a little flash fiction for her just for fun and give her the choice between the fireman, the scientist, the childhood sweetheart, etc... Maybe make it a choose your own adventure. Or maybe I'll introduce her to my brother, although I don't know if that would be helping at all. Who knows? She deserves some sort of apology for me spit-balling about the heroine having to overcome control freak tendencies.

I hope I don't need another surgery. :) 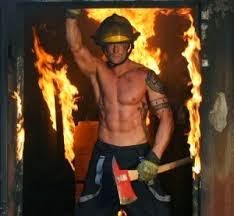 This is for you, Doc!

I like the premise..40 never been married, successful high-level professional with baggage of some sort.

Maybe a "needs-a-dominating-man-but-they're-always-scared-of-her" storyline? That's always fun. Glad you're back on the blogging!