I'm 20k into my current project and it feels stagnant. I've brought the story forward, outlined as much as someone like me can, and yet it's not a growing story. I couldn't put my finger on the problem, so just kept writing forward. I knew something was wrong with the meat of what I'd written so far -- that's been the case every time my writing sort of devolved into rambling, but I had no idea what to fix.

I was meeting with my fabulous critique partner going over scenes that I will undoubtedly cut in the final draft because they don't further the story, when she asked when Gillian and Liam were going to get together. 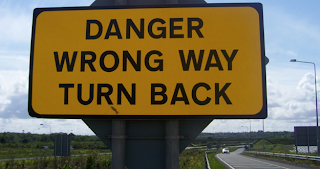 WRONG ANSWER. And thus, I discovered the fatal flaw of my work in progress. I wasn't writing a romance. I was writing an interesting story about sentient trees and elemental powers with some romance sauce. Every other story* I've written started with the romance and the story built around it. Touching the Past started with the forest and the idea of coming home at last. The spark was missing and that wasn't something I could just build up in a well placed sentence here and there.

This week I've been starting over again and it hurts. After many starts and stops, yesterday I finally started making progress and the tension in my shoulders relaxed. I'll be able to use a lot of what I've written so far, but it's a new story. I had to revise Gillian's history entirely, create new personal conflict, and reexamine the woman life has made her and the way Liam will respond. A lot of work, but it will be a much better story in the long run. I'm just glad I was able to figure it out now before wasting more time writing in the wrong direction.

*With exception of my under-the-bed book, Courtly Love, which was more writing therapy about depression.

Every new project is a learning experience and helps you grow as a writer.

Try writing a complete book (90,000+ words) and then having to trash the whole thing. Now THAT hurts! Ah, but I wouldn't have understood my characters near as much. Maybe someday I'll be able to use those useless scenes on another character! I'd really hate to see them go to waste!!

I suppose you have to ask which one is the story you want to tell. It might be that this one isn't really meant to be a romance, but a more straight ahead fantasy. If you're re-writing because you think the re-focus makes the book better, great, but if it's because it's what you think you ought to do because it's the genre you've written in previously (and which your crit partner was obviously expecting) then that's not really a good enough reason to make the change.

"...an interesting story about sentient trees and elemental powers with some romance sauce."

Haha, well put. I like your posts. Short, sweet, to-the-point, and funny. And we have a lot in common. Sometimes I don't know where I'm going before I start, and it's biting me in the backside. I'm beginning to understand the virtues of planning...