It's official. I'm working on my new project.

"But wait," you ask, "haven't you been working on that for a month or so?"

Yes. Sigh. I've been doing the research, laying out my characters, and procrastinating about really starting. Sure, I wrote the first chapter --but I wrote this with the understanding that I probably would end up throwing it out when I got halfway through the project because feedback would finally convince me that I hadn't started the story where the story starts (because I never learn).

What makes me serious now? Well, I know this is silly, but I have a Pandora station all set as my writing soundtrack. I also, finally, know what my male lead looks like. What else? I've finished the research that gives my entire reason for using Ireland as my setting validity, so now I can start applying the story. (Side note: I'm using Pinterest as a mode for collecting my data. It's very visual and much better than my Word.doc cut/paste of URLs.)

And I have! I'm only about 4k words into the manuscript, but the story has everything it needs to grow at this point.

On that note, I should get back to writing. Liam is walking Gillian home, but she really doesn't want him too -- or does she? (she does, but she wishes she didn't, just in case you wondered) 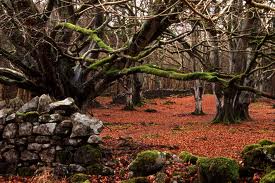 BTW: Touching the Past is a temporary title. I needed something. It had to be sexy/suggestive, but also touch on the mystical elements in the story.

Yes, I don't think of my novels as started until they have their own playlists, so I totally get this.

And you know plenty of people opt for the getting everything ready before diving into a rough draft. Are you going to Camp NaNo with it?

Keep going with it! You have a good start with 4K.

Gasping the Past? Caress of the Past?