An acquaintance, when asked if she read romance, responded, "I refuse to answer that question." Her voice was thick with derision, her mouth a sneer of disgust. She may as well have been asked if she liked to eat her own poo. I'm not exaggerating - it was that bad. At that point the attempt at conversation died. 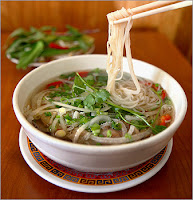 An analogy:
I have never eaten Pho (this is unrelated to the poo comment above). It does not look appealing, but I know a lot of people like it. If it were served to me, I would politely try it. I hope I would give it an objective try, without being predisposed to disliking it because it looks sort of slimy. Who knows? Maybe I think too highly of myself. Maybe I'd be like my seven year old and gag through the whole swallowing process just because I'm in a snit (Lily did this with honeydew melon yesterday). Ideally, whether I liked it or not, I would treat the entire culture of people who love it with respect.

My brother is not my target demographic. He's a 34 year-old (Yes, ladies, he's single! Sagittarius, stormy blue eyes, good with kids and Skyrim) white male - an entomologist. His book of choice is usually fantasy/sci-fi, but he does read humorist essay collections. He has read all my books. His feedback has been invaluable. Even more to the point, he did not suffer through my books. Yes, he loves me -- but he would never have read after book one if reading my romance novels was like pulling teeth. I don't think he ever felt like his intelligence was being insulted or that he was reading porn. If you asked him if he read romance, he'd probably say no because that's not his first choice -- but I guarantee that he wouldn't make you feel like jackass just for asking a question. 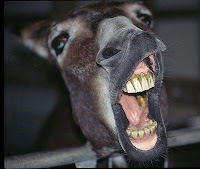 I know I go off on romance prejudice frequently -- but that's because it throws itself in my face so often (as a romance writer). When I first started writing, I told people I was writing historical fiction. That, while not a lie, was not the truth entirely. Yes, I write romance. I am proud of my writing. I know that someday my books will be published and that I will be a better writer with each book. If you sneer at what I do for unexplained reasons, that's fine. I don't need you to validate me. I hope, for your sake, you enjoy something.

But I do want to know, have you ever read a romance? Or is your disgust based on ignorance? I suspect the later.


I'm taking a risk that my brother and/or "the acquaintance" may read this blog post. We'll wait and see what happens. I'll let you know.

Yes, I have read romance, and enjoyed them thoroughly. even started writing a book years ago, and got pregnant with my third child in the process.

I hope someone takes you up on your brother offer.

Hey, I'm 33! And my eyes are more like azure pools beneath the full moon. Also, please try to blog about me as infrequently as possible.

@Susan - from now on when people ask you if you read romance, tell them it's too risky, it makes you pregnant.

@Fillthe Damn. My next blog was going to be all about you. Did Mom tell you to read it? I bet she did. *shakes fist*