It's there in the title. If you're squeamish, stop reading now.

My cake walk of a year teaching art part-time became more labor intensive when the 7th and 8th grade English Language Arts teacher quit right before school started. Being nice, I agreed to cover the post temporarily. Obviously, ELA is something I'm passionate about -- I just didn't want to invest the time necessary to be the full time teacher. English= a lot of grading. Art= almost no grading. I chose to work part time to focus on my writing and my kids.

Week one and two pass with me still chipper about the students, the learning, etc... I'm looking forward to still being able to be there for them even when I'm teaching art, I love their enthusiasm, blah blah blah.

Week three and four pass and the light at the end of the tunnel flickers out. Week five and it's Back to School night and if they get a new teacher at this point the kids are going to have a big transitional time. On top of that individually, my students are awesome: collectively they are not the easiest group of kids I've ever taught.

That brings us to today which began with the air conditioning not working (again) and the understanding that I was going to be in my classroom from 7:30am to 8pm (Back to School night, remember?). I constantly rebooted my attitude, but then something else would hit the fan (and yes, I did have a fan courtesy of no a/c - an industrial one that sounded like a train was going down the hall and even made the floor vibrate, kindly lent by the construction guys at the school ). Without going into much detail, during the last period of the day I ended up crying like an idiot instead introducing them to the joys of NaNoWriMo's Young Writer's Program.

Maybe it's harsh to say I was an idiot, but I definitely was not an adult, professional qualified to teach children. My students apologized for being less than angelic, but I realized my true reason for tears was my own sense of failure. I've been teaching for fourteen years and I can't keep it together when the room is eighty-three degrees and the kids are making monkey noises. I can't blame them or the situation, I can only blame myself. I needed to suck it up, grow up, and be professional.

My solution? Thirty minutes of sustained silent reading, and man did I mean SILENT.

So the day ends and I'm frazzled but listening to happy music in major keys as I choose a better attitude and ready myself to meet my student's parents.

And then I use the restroom.

Well, no wonder I felt crappy -- I was bleeding to death! All over the place. Serious murder scene in the staff bathroom. If CSI had come across the evidence, they would have assumed the victim couldn't survive. If I'd had a longer shirt on I would have stayed. As it was I told the male teachers I work with that I had a 'feminine emergency' and they didn't ask me more and just took up the slack (I have a great team). I made my long commute home praying that the layers of paper towels between my underwear and pants would save my upholstery. I sit at home now in my Tinkerbell pajama shorts, my underwear in the trash and my brand new, Not Your Daughter's Jeans pinstripe slacks in the wash despite my intention to only dry-clean.

The good news is that I can now blame my period. Thank you, uterus, for this out. I am not a failure, I am just hormonal and, very possibly, low on iron.

What does this have to do with writing? Not much except that this post began as an excuse for my blogging silence of late. I can make a connection though, if you like... ummmm... well, writing... maybe you can make the connection for me. I'm going to go eat some chocolate. 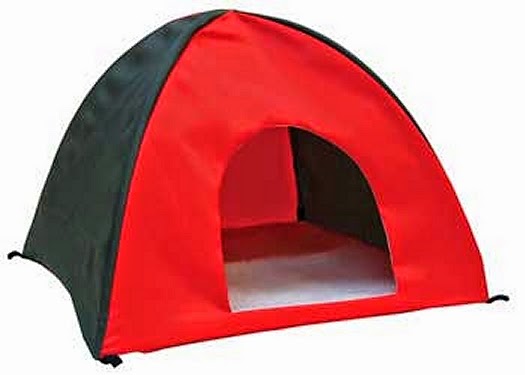 Why, you ask, did I feel it necessary to write this? To find a moment of zen, perhaps. I spent the drive home composing it in my head and found myself funny, if TMI. Also, I haven't blogged in a long time and have felt the lack of it. So here it is. Take me as I am, lack of filter and all.

Nice red tent. Hey, I'm sorry you've been feeling so sucky. :( I would have shown up with ice cream or something medicinal like that.

Hope your week gets better. <3
Edge of Your Seat Stories