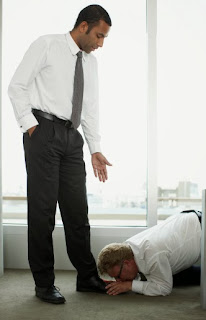 Every single project I have completed has ended up with me hacking the first two to three chapters off it. Why? Because I'm the queen of slow starts and back story. I can't seem to help myself. It's sad really.

When I chopped the first two chapters off of Karma, it wasn't enough. It still was too slow. I edited the bejeebers out of it, getting to the action ASAP. It wasn't until months later and a slew of non-responsive agents that I actually reread it with fresh eyes and realized I'd cut the soul out of the story.

One rejection said the story lacked balance. I didn't know what the agent meant until I read it again. Boom, there's action. It's hot, it's creepy... but it doesn't pull you into the story because there is no hint at who the characters are. It was painful to realize, but easier to fix than I'd hoped.

The question is should I resubmit? If the agents who gave me no responses read at all, it was only the first thirty pages. The rest of the book unfolded organically and, I'm happy to say, I'm still really proud of my work. They requested it int he first place, so they saw something in it. The lack of a "no thank you" isn't a de facto rejection, so it wouldn't necessarily be pushy or unprofessional of me to try again. Would it? I have no idea. I don't want to come across as too desperate -- but if the shoe fits...

Help me out, people. Your expert advice is appreciated.

Okay, this is how I see it.

If the agent rejected your work and did not specifically say revise and resubmit, do NOT resubmit. They really aren't interested.

If an agent has asked for pages and has NOT replied (and I believe all agents will respond to submissions, it's queries that are the problem), then send them a notice stating you've made some changes and would like them to read the new version instead of the old. Then wait and see. Make sure the e-mail states FOLLOW UP, to show the agent that it's not for a new submission.

If they still don't respond after that, then at least you tried. Then go hit up some other agents. If you still strike out, then start hitting the small pressess. That's how I did it!

Hey Erin.
If your rejections offer suggestions or recommendations on how to improve, I believe they are open to your resub once you make those changes. When your rejections stop being the generic, "no thanks", that's how you know you're getting close. Go for it!

In my first couple of books, I shared that problem with not knowing where to start a book. Sometimes it helps to free write a couple chapters, just to get to know your characters, with the intent that you'll delete. Problem solved. :)

Excellent post! I never know whether I should resubmit either. I suppose it can't hurt, as long as you weren't specifically told you couldn't. Of all the short stories I've submitted, only one has ever made it to the second round of review, and didn't go any further than that. Sometimes I try to fix the story, but a lot of times I just shelve it and write new stuff. Keeps me productive.

I've read you should never re-submit a MS unless the agent/publisher/editor says to do so. But, rules were made to be broken, right?

I don't know Erin. I say resubmit your changes adding a line to the query that the content has been revised. Worst outcome that could happen is you get another rejection, right? I say take the chance; the rules were written so "the herd" has some guidelines; breaking those standard guidelines could get you published cuz you were willing to lay it all on the line and take a risk.

I was not considering resubmitting to agents who had turned me down, just the ones who never responded.

This is all awesome advice and I really appreciate it. I need to get my butt in gear toward publication in a very serious way. It is time.