On the radio this morning the host was talking about modern courtship. He pointed out that, for the new generation of dating teens, a boy no longer has to man up and ask a girl on a date. There is no going out to dinner. There is no chivalry. Instead, they 'hang out' and arrange everything through faceless texts, tweets, and Facebook.

Now I"m not saying the dating model is perfect, but it is romantic. A woman wants to be wooed, to know she's important. In the hang out scenario, she's not. What's worse, the young women I know don't seem to expect attention. There is almost a desperation and they take what they can get. They don't seem to realize that, in the give and take of sexual favors, the woman holds the power. She can withhold sex and the guy will do whatever he has to in order to get it (thank you, Lysistrata).

For a while I thought the problem was with the boys. Where did the gentlemen go? Why did they think they could dress like thugs and treat women so poorly? I now think the problem may lie more with the women. They don't value themselves enough. And for every girl with the confidence to wait for a man that deserves her, there are ten girls out there with the self-esteem of mud that are willing to pass out blow jobs willy-nilly.

For all the talk that chivalry is archaic and plays to a double standard, the hang-out date and drunk, back-seat sex without commitment brings women back even farther. Low standards for men mean that women become reduced to the sum of their orifices. Girl demand to be treated better than a micro-waved cantaloupe. 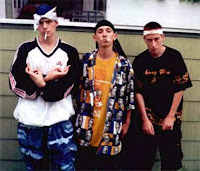 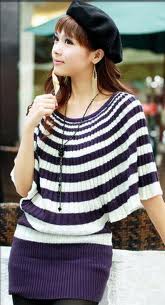 This blog post was inspired by witnessing a date, of sorts. The couple came in to the restaurant where I was having lunch. They were shown to a table. He looked at the menu and complained about the food offered. When the waitress came to take the order, the girl ordered politely, and the boy asked if they could just make him a hamburger or something other than the "crap" on the menu. They were both playing with their phones the whole meal, then she paid and they left. It was sad.  The young man would have fit right in with one of the guys pictured here, only had ear gauges and sagged long shorts. The young woman was clean, groomed, dressed in a coordinated outfit.  I wanted to go talk to her, to tell her to expect better for herself, to demand better for herself. As long as women lower their standards, the boys will never learned to step up.

This is so very accurate. Women have to hold themselves safe for a higher standard. Well said.

There's a scene in "The African Queen" where Humphrey Bogart pretty much tells Kathryn Hepburn (don't know the exact quote) that if it weren't for women, men would never clean up and that they appreciate having a woman, forcing them to do so.

I never really thought about that until now. And it was probably a true statement not that long ago, even. Too bad there aren't any woman left out there demanding it to happen!

I know what ya mean about the "hang out" for teens. I'm trying to teach my son that hanging out can be meaningful. Kids need good role models, and productive encouragement on dating correctly. I watch my 14 year old with his girl "friends" and sometimes I think "I taught him something" and other times I think "its sure a different world now."