You Have Me At A Disadvantage, Sir 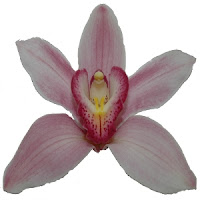 Reader beware, this post may be crude. Surprised? You shouldn't be. I've never been accused of being too classy.

Female virgins are the norm in my genre. It's a tried and true cliche of the young, untried virgin and the experienced rake who initiates her into the realm of pleasure. Sure, there's deviation from this norm, but even when the woman wasn't a virgin coming into this new and oh-sweet-mystery-of-life-at-last-I've-found-you relationship, she may as well have been. Usually her past sexual experiences were sub-par, which generally meant she had never experienced orgasm.


When it comes to sexual gratification, men have women at a disadvantage. They've been experimenting with their 'doofinky thingy' (thank you Mrs. Manno) since their very first bath. One day, it did something miraculous and that meant daily experimentation. It is really, really easy for men to end sexual encounters with orgasms (whether or not anyone else is involved).

Women don't have it quite that easy, especially virgins. Now I know this is not true for all women, but I feel safe in making the generalization that MOST women don't take matters into their own hands and ALL men do (and the ones that say they don't, they lie).

I have read that the romance genre creates unrealistic expectations in women in regard to sexual encounters. I'll agree that romance novels make female orgasm look incredibly easy to attain. I read a few novels (including some written by Fabio) whilst virginal and, yes, when I had my first encounter, I was expecting something... more. Even following that time, I kept waiting for that something to happen. Was it my fault? Did I not work right? Or was my boyfriend a douche-bag that didn't care about anyone but himself? I'll bet you can guess the answer.

I will agree that women should not use romance novels as a how-to manual when it comes to sex (but guys, the whole seduction idea? Maybe you should read a few. I mean, if women think they're sexy, then maybe you could get some pointers). If you take the stories at gospel, yes, you're going to be disappointed both with yourself and your partner (unless you're Salma Hayek and your partner is Joe Manganiello -- then you're good). But if read it for the fantasy it is, the sexual aspects could be inspiring and leave behind a feeling of hopeful optimism.

When it comes to real life, the statistics about female orgasm are really, really sad. Maybe that's why women enjoy the fantasy of the 100% guaranteed orgasm (or 300% in the case of Fifty Shades). Don't get me wrong, I'm not saying that women are sitting around all day wishing they were orgasming (at least I don't, I don't know about you), but, when it comes to sex, it would be nice to have the same surety that men do.

It might be funny to write a scene in one of my novels where she does not reach earth shattering heights and assures the nervous guy that everything's all right, it was still enjoyable. Or, she fakes it for his ego's sake. :) Somehow I don't think that would go over well with readers.

The hero in my current project is a virgin. Of course, he's an alien, but I'm putting him through the wringer (and having lots of fun with it, too). Can the hero be a virgin and an alpha? We'll see if I can pull THAT off!

I assume he has all the right parts to take care of the pesky virginity issue. :) Good luck with your project.
The hero of my last book was a virgin, but not a super aggressive alpha. He was manly, but had some endearing Hugh Grant-esque awkward moments. I went for some role reversal and had my heroine be a merry widow. It was tough making him sexy at first. I think I did it.

You did do it! I really liked that story.

I think the key to romance novels and sex is that the experience is different than any the characters have had before...they don't have to be virginal, but there has to be something that sets this sex apart from "usual" sex. That's one reason I like Emma Holly's erotic romances. They're not virgins (usually) but they are vulnerable and different with each other. Ps.. Mary Balogh has several books where the heroine doesn't orgasm the first few times and the man doesn't even expect it because she's a wife, not a misstress. Of course, eventually "o"s occur after she realizes she loves him