Outside of My Box 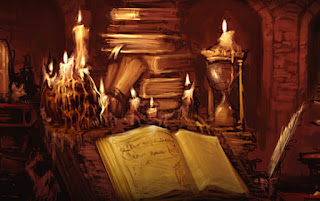 The other day whilst catching up on blogs, I came across the fact that Blizzard was having a writing contest. Deadline - October 15th. So, what did I do yesterday? I channelled my inner nerd.

Well, I did it. I'm more or less happy with the end result. It's just a short story - 3k words. I like to think I inserted my sense of humor appropriately. It was hard not to add romantic elements but I held back as much as I could. Short and sweet. Of course it's absolutely nothing like the past winning submissions (available here) but it made me smile and didn't take itself too seriously.

If you would like to spend a few minutes of your life reading my submission, click below. Be warned, you will never be able to get those minutes back or erase the memory of reading entirely from your subconscious mind.

*Of course, now that the story is submitted, I realize I got my main character's name wrong. I wrote Kristen, and it's actually Kristin. That and Topper is bare foot.  /Sigh


Blame it on the Cheese
“Hi, my name is Kristen and I’m an alcoholic.” 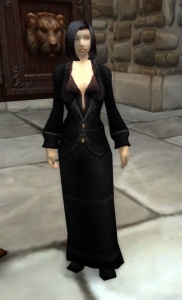 “Hi Kristen,” chorused throughout the dark front room of the Gilded Rose.
“I have been sober for three years and eleven months.” Kristen tucked a wayward strand of ebony hair behind her ear and smoothed a hand over her sleek bob. “This time of year is still hard. Honestly, it’s the only time I miss drinking.”
Allison, the innkeeper and Alcoholic Sobriety Support meeting secretary nodded, looking toward the two hogsheads of Thunderbrew lager sitting by the door. Kristen knew Allison had been very strong through her last six years of sobriety even though her business involved alcohol sales. She didn’t know how Allison had been able to deal with it – it was hard enough handling deposits at the bank.
Glancing around the small group, she smiled, “I just want to say how grateful I am to have you all supporting me. All the excitement of Brewfest makes me want to forget how much better my life has been since I gave up drinking.”
Chilton murmured, “It’s the cheese.”
Kristen and Allison nodded; Dungard just sat staring at his feet. Kristen hoped he wasn’t drunk again.
“I remember my first Brewfest” Chilton continued. Kristen stayed silent, politely watching Chilton talk even though he had interrupted her turn. He sat tall, his shoulders dwarfing the wooden chair. He had a far away look of longing that she could only describe as lust. He probably would have been magnificent in a Brewfest brawl, shirtless and armed only with a tankard. She licked her lips and focused on what he was saying.
“The women,” he added, “the brawling…”
“Don’t forget the puking and the hangovers,” Allison interrupted.
Dungar mumbled, “The wild worpletingers…”
Chilton stopped him with a glare. “Yes, there is all that, but most of all, the food.”
Allison raised her brows, and leaned forward, “You can still eat the food, sweetie.”
“Not without visiting Brewfest,” Chilton finished. “And I don’t know if I’m strong enough to go there without touching the samples.”

Nice one. I really liked it. I gave up submitting stories to competitions. Mine are too different to the norm. There must be masses of good stroies out there that don't make it to a magazine or win a prize.

Did not win/place/finalist. Winning submission can be read here:
http://davehollis.deviantart.com/art/Anatomy-of-Demons-255606452

Just found this. Hilarious. RT a link. BTW, not enough hardcore swearing for an AA meeting.