When I started Courtly Scandals, one of the defining parts of Mary's life was her abortion. 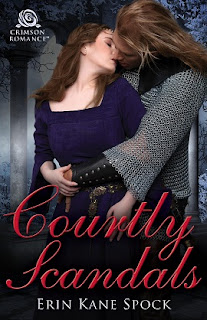 The story grew as she struggled with forgiving herself, not because of any philosophical discussion of right or wrong, but because she'd wanted that baby and hadn't been strong enough to defy her father. Opposite to today's definitions, she had no right to chose what to do with her own body because she another person demanded she have an abortion.

I changed the story at a well established author's advice: she said I would alienate readers over a controversial issue. It made sense to me, but I wanted to keep the meat of the problem. It was integral to the story. I changed it to have her lose the baby in a traumatic accident before going through with the abortion. The choice was taken away from her but she still blamed herself for not being strong enough to stand up for herself and mourns what might have been. In the scene where she shares her story with Blanche Parry,  Blanche doesn't bat an eye because it's not a unique situation, but that doesn't change how Mary felt about herself. Mary, that was her moment of no return. Rational or not, a feeling of guilt was true for her.

Whether a reader was pro-choice or pro-life I had hoped that they could accept the struggle to come to terms with trauma from the past. Mary's personal journey was to learn to love herself and realize she is worthy of love. Part of that involved her being able to forgive herself, right or wrong, and move forward with a sense of hope. Personally, I believe there are things in everyone's lives that they have to either ignore or to forgive themselves for everyday. They may have nothing to do with varying ideals of morality or law, just choices from the past that each of us have to live with.

I have had varying responses and ended up alienating readers anyway. The moral of this story is that you can't please everyone. All readers have their own filters and I can't control that. I can just tell stories and stand behind them. I don't regret putting Mary on this journey. As an author or historical romance I like to link the past with present and show that the people that paved the way for our society were not that different from ourselves, that nothing is new.
1 comment: 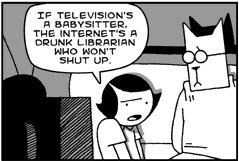 *Not including the Wheel of Time books. I read those as a young adult before I really understood the misogyny implicit in all of Robert Jordan's depictions of women. Maybe Sanderson elevated it, but I read those so long ago that I don't care to reacquaint myself. Though I do chuckle every time Sanderson has one of his characters blush furiously. I've used that one in my own books as a joke with myself that I wouldn't expect anyone but my brother to pick up on.
Addendum: Maybe I should give them a chance because, after all, Sanderson is awesome and his heroines are awesome.
**I think if you read enough of an author, you do get a peek inside their brain. Don't worry, I have no illusions that Mr. Gaiman and I are buddies. I was excited to learn, however, that he and Tori Amos are friends. It answered the question about who the Neil she referred to in her songs was. When I realized that I felt like I had learned some GREAT TRUTH but no one else was excited about it :(.
4 comments: